Expand
The Whabouchi lithium deposit is located in James Bay area of Quebec, Canada. Image: courtesy of TUBS.
The Whabouchi project, owned by Nemaska Lithium, contains 27.3Mt of proven and probable reserves. Image: courtesy of Rotatebot.
The hydromet plant at Whabouchi will convert the spodumene concentrate to lithium hydroxide and lithium carbonate for use in lithium battery market. Image: public domain. 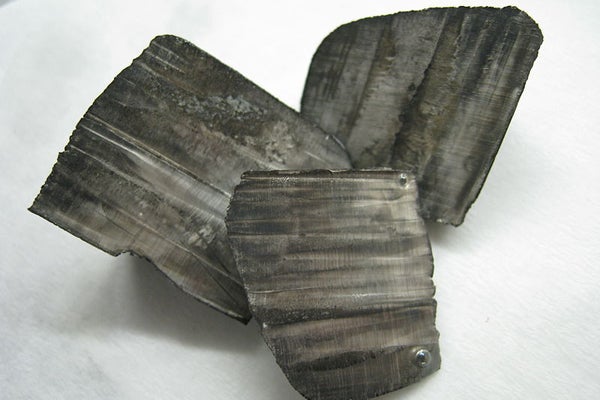 The Whabouchi lithium deposit is a combined open-pit and underground mining project in the James Bay area of Quebec, Canada. Nemaska Lithium fully owns the Whabouchi project, which is considered to be the world’s second richest and biggest deposit with 27.3Mt of proven and probable reserves.

Environmental permit for the lithium project was awarded in July 2015 by the Canadian Minister of Environment. Construction is anticipated to begin in 2015, while commercial production is expected to start in 2017.

The mine is expected to produce 5.5Mt of spodumene concentrate at a rate of 213,000 tonnes a year (t/y) during its estimated 26-year mine life.

The Éléonore gold project is located in the mineral-rich James Bay region of Quebec, Canada.

The mining property is located in the northeast portion of the Superior Province of the Canadian Shield craton, in the Lac des Montagnes volcano-sedimentary formation, which hosts metasediments and mafic and ultramafic amphibolites. The Superior Province, which extends between Manitoba and Quebec, is mainly composed of Archean-age rocks.

The project comprises a spodumene-bearing pegmatite intrusive dyke swarm, which includes a series of sub-parallel and general sub-vertical pegmatite bodies with a width of up to 90m. The mineralised pegmatite swarm stretches for 1.3km along strike and will have a depth of more than 500m below surface.

Lithium mineralisation within the pegmatite swarm is contained mostly in medium to large spodumene crystals (with a size of up to 30cm) along with a minimal amount of petalite. Economical mineralisation is hosted in spodumene-bearing rare metal, which consists of pegmatite dyke complexes. Spodumene is a lithium-bearing mineral, which contains 8% Li2O when pure, in addition to minor amounts of niobium and tantalum.

The Whabouchi pegmatites are made up of two distinct phases, a spodumene-bearing phase comprising mostly the pegmatite material, and a lesser, white to pink barren quartz-feldspar pegmatite. Lithium mineralisation occurs mainly in medium to large spodumene crystals with minor amount of petalite.

"Conventional mining method, including drilling and blasting followed by truck and shovel, will be applied at the open-pit."

The mine plan at Whabouchi includes the development of the open-pit mine during the first 20 years, to a maximum depth of 190m. Conventional mining method, including drilling and blasting followed by truck and shovel, will be applied at the open-pit, which will be mined at a rate of 2,740t of ore a day.

During the first five years of operation, an initial starter pit is expected to provide majority of the ore material. The mining fleet is expected to comprise seven 46t haul trucks, two hydraulic excavators, and two diesel-powered down-the-hole track drills along with a fleet of support and service equipment.

During the final six years, the mine will be developed into an underground operation, which is expected to produce 3,342t/d and accessed via a ramp within the open-pit. Longhole stoping method will be used for underground mining, along with crown pillar below the pit to recover ore towards the end of the mine life.

The underground mine will be accessed by 30m-high, long-hole type stopes, and will use two development jumbos, two production drills, three load-haul-dumpers (LHDs), and four haulage trucks.

"The concentrator plant is estimated to produce 216,485 dry tonnes of spodumene concentrate a year."

Ore from the Whabouchi mine will be processed at the concentrator plant at the mine site, as well as at a hydrometallurgical processing plant at Salabery-de Valley field, Quebec.

The concentrate will be filtered, dried, and stored before loading onto trucks for transporting to Chibougamau, and to the hydrometallurgical process plant in 90t railcars. The hydromet plant will convert spodumene concentrate from spodumene lithium hard rock deposits into high-purity lithium hydroxide and lithium carbonate for use in lithium battery market.

The hydromet plant activities will include decrepitation, acid roasting, leaching, purification, electro-membrane transformation, crystallisation, precipitation, and drying and packaging of the final products.

Onsite power supply for the mine will be provided by a 25kV power line from the nearby Poste Albanel hydro-electric power station. The hydrometallurgical processing plant will be fed through a 120kV overhead electrical power line supplied and installed by Hydro-Québec from the existing distribution point at the Langlois substation.

Fresh and fire water supply will be made from a new well through a pumping station consisting of two electric pumps, which will deliver water to a 760,000-litre reservoir.

Workers will be accommodated at a construction camp and a permanent camp, which will be built by Compagnie de Construction et Développement Cri (CCDC) at Relais Routier, Nemiscau.