Tomingley gold project is in located in New South Wales of Australia. Image courtesy of TUBS.
The project involves the development of three open-cut mines and an underground mine.
First gold was poured at Tomingley mine in February 2014. 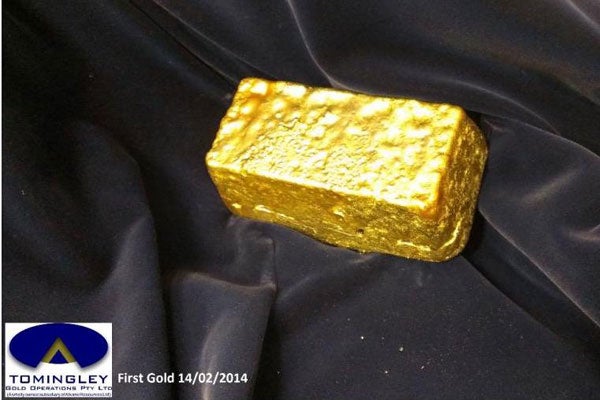 The Tomingley gold project developed by Alkane Resources is located in New South Wales, Australia – the second biggest gold producing country in the world. The project included the development of three open-pit mines and an underground mine along with the processing plant and associated infrastructure.

The project received the mining lease in February 2013 following which construction was commenced. Mining operations commenced in January 2014 and production started with the first gold bar produced in February 2014.

“Mining operations commenced in January 2014 and production started with the first gold bar produced in February 2014.”

The A$116m (approximately $108m) project is estimated to produce 50,000Oz to 60,000Oz of gold per year. The project created approximately 250 construction jobs and is expected to create 125 full-time operation and maintenance jobs. It has a current mine life of seven and a half years, but further explorations are expected to extend it to ten years.

Located 400km north-west of Sydney, decommissioned in 2006. It occupied 130ha of land within a larger exploration licence area of 40km².

The gold mine, located to the south of Tomingley village and approximately 15km to the north of Peak Hill gold mine, consists of three open-cut mines namely Wyoming Three, Caloma and Caloma Two, which were discovered in 2002, 2006 and 2010 respectively, and one underground mine Wyoming One, which was discovered in 2001.

As of February 2014, the mine is estimated to contain measured, indicated and inferred resources of 14.29mt of ore containing 921,000Oz of gold graded at 2.0g/t Au.

Mining and processing of ore at the Tomingley gold mine

Conventional drill and blast followed by load and haul is used at the open-pit mines of the Tomingley gold project, whereas longhole stoping method of mining is used at the Wyoming One underground mine, accessible via a portal.

The decline was developed using drill and blast method while the load-haul-dump unit transports the fragmented material to the loading bay. The mined-out stopes are backfilled using waste rock material sourced from the concurrent underground mine development.

The extracted ore is transported to the run-of-mine (ROM) pad via haul trucks and is blended by the front-end loader and delivered to the ROM coarse ore feed bin. It is then taken to the primary jaw crusher with a throughput capacity of 170tph.

“The ore is treated in the carbon-in-leach circuit followed by carbon leaching and electro-winning process.”

The ore is treated in the carbon-in-leach circuit followed by carbon leaching and electro-winning process. Gold doré bars are produced onsite and stored before taking it to a gold refinery. Tailings are stored in the Residue storage facility located south of the processing plant.

Construction and infrastructure facilities at the Tomingley mine

The mine is accessed via a new access road connecting the site to the Tomingley West Road. Water is supplied by the 46km-long water supply pipeline from Woodlands property situated 7km east of Narromine.

Financing for the Tomingley gold project

The gold mine was financed through a $107m loan facility taken for developing the Tomingley and Dubbo Zirconia projects.

RW Corkery was engaged to conduct an environmental assessment study for the gold mine.