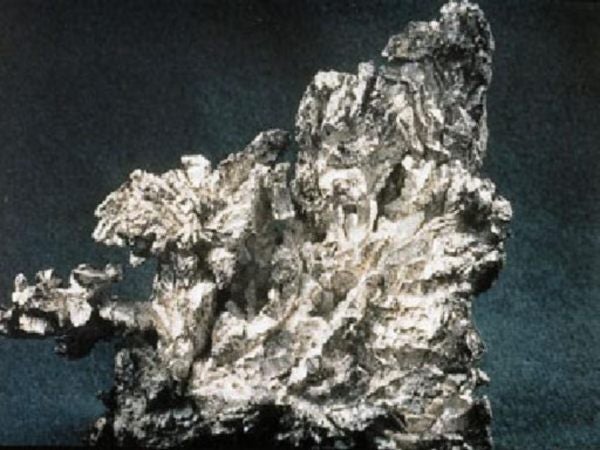 Shafter Silver mine is located in Presido county of southwest Texas, US. The mine is 100% owned and operated by US mining company, the Aurcana Corporation. Commercial production at the silver mine began on 14 December 2012. The daily silver production from the mine is expected to be 1,400t.

The mine was acquired by Aurcana Corporation from Silver Standard Resources in July 2008 at a cost of $38.7m. Past owners of the mine included Presidio Mining (1881-1926), Gold Fields Mining Corporation (GFMC, 1926-1977) and Rio Grande Mining Company (1977-1994). Aurcana Corporation is currently redeveloping the mine.

Reserves of silver at the Shafter mine

Geology and mineralisation of the Shafter silver mine area

"The daily silver production from the mine is expected to be 1,400t."

The Shafter deposit was discovered by GFMC between 1977 and 1982 while carrying out a systematic surface drilling programme. It is classified into five exploration blocks along its east-west curve. The Shafter mining district hosts dikes, sills and rocks belonging to the Tertiary age group.

The mineralisation occurs in veins and manto type ore bodies in the lightly dipping beds of the Permian Mina Grande Formation (PMGF) which spans to a strike length of 4.8km.

Minerals such as silver, lead and zinc concentrates are hosted in the upper layers of PMGF as carbonate replacement deposits (CRD) formed due to the encroachment of dikes and sills.

The ore extracted from the mine hosts oxidised argentite and cerargyrite with conglomerations of quartz, calcite, goethite and lesser dolomite, hemimorphite, willemite, anglesite, galena, smithsonite and sphalerite.

Production rates and mining methods at the Texas-based deposit

Production at the Shafter mine commenced in December 2012. The mine is expected to produce 3.9moz of silver equivalent in the first two years.

"A $50m financing deal was closed in September 2013 for construction and upgrade works at the mine."

The property was historically mined using underground mining techniques. It reported 35moz graded at 15.24oz/t of silver production between 1883 and 1942.

The development of the Shafter mine began in January 2011. The underground mining operations were recommenced in February 2011. All permits necessary to restart the production were obtained in November 2011.

The mine is powered by a new $1.2m north to south transmission line laid parallel to the existing 69kV electric line.

The ore stockpiled at the surface of the mine is transported to the 525,000tpa processing plant by 30t haul trucks to carry out the crushing, grinding, leaching and smelting process.

The processing plant was initially designed for a throughput of 900tpd and was increased to 1,500tpd capacity in November 2011.

The ore is crushed into fine ore in two stages using a jaw crusher and a cone crusher. The crushed ore is fed to the grinding circuit and ground in a ball mill which comprises a self-cleaning trash belt magnet, consociated pumps, tanks and instrumentation.

The ground ore is conveyed to the leached circuit to undergo cyanide leaching process and generate pregnant leach solution (PLS) and filter cake.

The filter presses reclaims the PLS and filter cake from the leached circuit and conveys them to the Merrill-Crowe Zinc Precipitation Circuit.

Silver is precipitated in the Merrill-Crowe system by adding zinc dust. The precipitates are transferred to a smelter which separates the silver from zinc and produces pure silver doré bars for export.