Expand
Roseby Copper Project covers an area of 1,400 square kilometres in Queensland, Australia.
Roseby contains copper-gold and copper deposits.
Mining operations will initially target the Little Eva deposit.
Production at the Roseby project is expected to commence in 2014.
A drilling programme was commenced in June 2012 focusing on the Ivy Ann and Lady Clayre deposits. 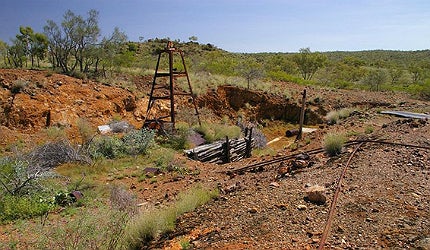 Altona Mining’s Roseby Copper Project lies in northwestern Queensland, Australia. The copper / gold mine covers an area of 1,400 square kilometres and will be developed as an open pit operation.

A definitive feasibility study (DFS) for the project was completed in 2009. In May 2011, Altona commenced a drilling programme at the project, which indicated an increase in reserve estimates at the Little Eva deposit.

Based on the results, Altona decided to increase its focus on a single pit operation at Little Eva. A new DFS was commenced in April 2011, focusing on the Little Eva deposit. It was completed in May 2012, by GR Engineering Services and Optiro.

Altona is expected to take its final decision on the development of the project in the second half of 2012. Production is expected to commence in 2014. Altona is currently seeking regulatory approvals.

Ownership of the Queensland-based mine project

Roseby is 100% owned by Altona Mining (formerly Universal Resources). Xstrata, however, has an option to acquire a 51% stake in the project.

The option includes spending $15m on the exploration activities at the mine. In July 2012, Xstrata expressed its interest in acquiring the stake. The formal process for the acquisition has commenced.

Reserves and mineralisation at the copper / gold mine

The mine contains copper-gold and copper deposits. The copper-gold deposits include Little Eva, Ivy Ann, Lady Clayre and Bedford.

“In 2011, Altona commenced a drilling programme at the project, which indicated an increase in reserve estimates at Little Eva.”

Copper mineralisation in the seven sediment-hosted copper deposits occurs in weathered rocks. In the four IOCG deposits, copper and gold mineralisation is contained in volcanic and sedimentary rocks in the form of copper primary minerals, such as chalcopyrite.

Exploration and drilling at Roseby

Altona commenced a drilling programme at the mine in June 2012. The programme will focus on the Ivy Ann and Lady Clayre deposits. Approximately 12,000m of reverse circulation drilling and 5,000m of rotary air blast drilling will be carried out. The drilling activities are expected to further increase the reserve estimates.

Mining and processing by Altona Mining

The Cannington silver mine is located in north-west Queensland, 200km south east of Mount Isa, near the township of McKinlay.

The mining infrastructure will be placed next to the pit. This will reduce operational complexity and pre-production expenditure. The Little Eva deposit is expected to produce 375,000t and 205,000oz of gold during a period of 11 years. Annual production will be 38,800tpa of copper and 17,200 ounces (oz) of gold.

Conventional open cut, drilling and blasting techniques will be used for recovering the ore. The open pits will include benches with up to 15m intervals at an angle of 450. The recovered ore will be treated at a 7mtpa conventional flotation processing plant.

The processing plant will be designed to treat primary ore initially.

Conventional primary crushing will be used to crush the ore which will then be sent to the SAG and ball mill.

The ore will then be passed through a floatation, filtration and stockpiling circuit, to produce a copper-gold concentrate.

Provision for expansion of the plant will be made to enable retrofitting with additional processing equipment. This will enable the plant to treat native copper ores at later stages of development at the mine.