The McIlvenna Bay project is an underground copper and zinc mine being developed in Saskatchewan, Canada.

The FS highlighted a mine life of approximately 18 years and an initial ramp-up period of two years, including an investment of $857.7m.

The McIlvenna Bay property lies on the western edge of the Paleoproterozoic Flin Flon Greenstone Belt, which forms part of the Reindeer Zone. The host terrain of McIlvenna Bay is the Hanson Lake Block.

The McIlvenna Bay Formation is the host formation of the sulphide deposit, which is approximately 200m thick. The formation hosts the massive and semi‐massive sulphides and copper‐rich stringer zones of the McIlvenna Bay deposit, including altered felsic volcanic rocks, volcaniclastics, and/or volcanic‐derived sediments of rhyolitic composition.

Mining methods of the copper and zinc project

Lateral development will be carried out with conventional trackless mining equipment to access the ore body during the initial four years of operations. The initial production areas, underground infrastructure and ventilation system will also be developed during this period.

Underground access to the McIlvenna Bay deposit will be through a ramp from the surface. Conventional long-hole mining methods, including sublevel transverse and longitudinal stoping and Avoca stoping, will be used to develop the mine. Drilling will be done with a top hammer drill, blasted, and mucked using battery-electric (BEV) load-haul-dump (LHD) vehicles.

A 2.43m x 7.32m rectangular production and service shaft will be constructed in year five of operations to reduce the haulage distance and access time for the lower levels. A total of 35 underground levels are planned to be developed with each level spaced at 30m intervals sill to sill.

Processing of the McIlvenna Bay Project

The McIIvenna Bay project’s processing plant will have a processing capacity of 4,200 tonnes per day (tpd).

The crushed ore will be fed to a grinding circuit consisting of a semi-autogenous grinding (SAG) and ball mill. The grinding circuit will reduce the particle size to a nominal 80% passing 75µm for flotation.

The zinc and copper concentrates will be dewatered using a single vertical pressure filter in batches to provide two stockpiles of product filter cake, which will be transported to toll smelters.

The project site is accessible through the SK-106 public road from where an existing all-season 18km gravel road connects to the project area.

The power supply required for the project operations is available from the Saskatchewan provincial grid through an existing 25kV distribution line. An on-site co-generation LNG power plant will initially be used to meet additional requirements. The power plant will be later replaced by a new SaskPower 138kV transmission line from the Pelican Narrows substation.

Accommodation is currently available in all‐season camps with a combined sleeping capacity for 88 people.

Micon International, a mining consultancy, was responsible for the mineral resource estimate.

Canada North Environmental Services was engaged for the hydrology and environmental studies.

The underground mine geotechnical designs were prepared by Canadian mining consultant RockEng while MineFill Services, a mine backfill solutions provider, prepared the design of underground backfill reticulation. 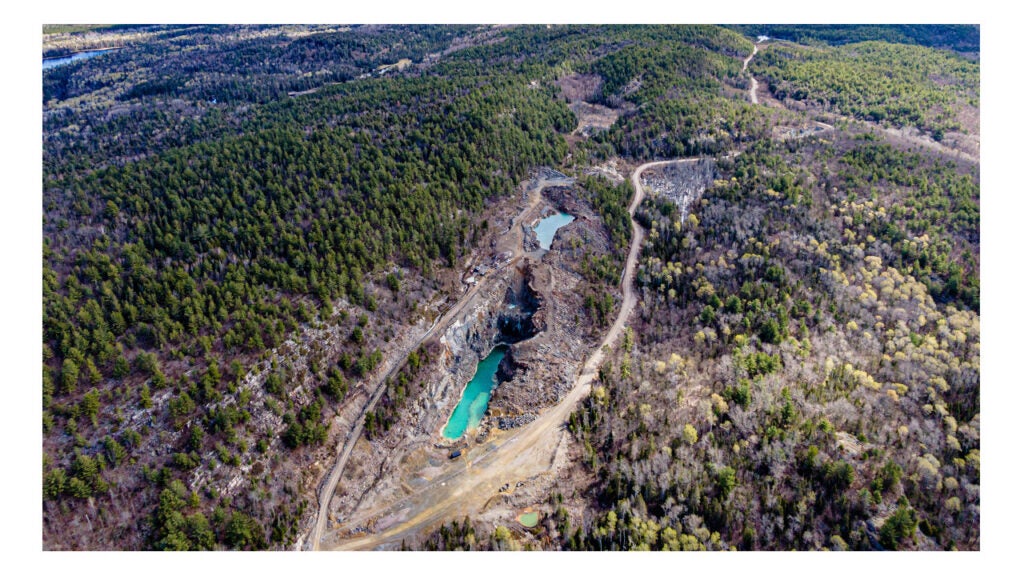