W Resources (formerly known as Caspian Holdings) is developing the La Parrilla tungsten mine and a tungsten tailings project in Spain. With JORC-compliant resources of 47Mt grading 0.09% WO3, the project is one of the biggest tungsten deposits in the western world and is being developed in three stages.

The mine is expected to extract 2.5 million tonnes (Mt) of run-of-mine (ROM) ore a year, while producing 2,500t/y of WO3 concentrate. It is expected to have a mine life of more than 30 years.

Construction on the tungsten mining project began in 2013 and first production was achieved in September 2016.

The three-stage mine plan for La Parrilla includes the development of La Parrilla tailings project in the first stage.

Environmental authorisation was received for the tailings project in October 2012 and final approval from the mining department of the regional authority of the Junta de Extremadura in January 2013.

Construction of the tailings project began in May 2013 and was completed in the first quarter of 2014. First WO3 concentrate from the project was produced in April 2014, and more than 113t of 60% WO3 concentrate was shipped to European customers in 2014.

The second stage, known as Fast Track Mine (FTM), produces tungsten and tin concentrates by using the existing concentrator plant from the La Parrilla tailings project. Initial production began with the FTM at 1,300t/y of concentrate.

Environmental approval for FTM project was granted in July 2015, and the development approval from the mining department was obtained in November 2015.

The tungsten mine is located in the Extremadura region of south-west Spain, in the provinces of Caceres-Badajoz, and lies approximately 310km south-west of Madrid.

WRES agreed to purchase Iberian Resources Spain (IRS) for a consideration of $1m in December 2011. The agreement includes the transfer of 100% ownership of the La Parrilla tailings deposit and an option to acquire the La Parrilla open-pit tungsten mine. WRES acquired full title and security of the tungsten mine on 30 August 2013.

Tungsten mineralisation at La Parrilla comprises coarse-grained, scheelite-bearing veins located within greywacke and shale. The mineralised veins range in thickness from 1cm to 3.95m, and dip shallowly towards the south-east at 30°.

Mining and processing of ore at La Parrilla

“The run-of-mine ore is initially delivered to the pre-concentration plant, which consists of screens and hydrocyclones.”

La Pirralla is being developed through conventional open-pit mining. The ROM ore is initially delivered to the pre-concentration plant, which consists of screens and hydro-cyclones to produce an upgraded ore to be fed to the concentrate plant.

In addition to tungsten, the concentrate plant produces a separate tin concentrate through an electrostatic separator.

Financing of La Parrilla mine

“The concentrate plant produces a separate tin concentrate through an electrostatic separator.”

Infrastructure facilities at La Parrilla mine

The tungsten mine is located approximately 3km from main Seville / Madrid Highway, and is located in close proximity to both Atlantic and Mediterranean ports. 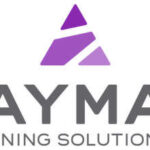 Alimak Hek
Wherever an elevator for inspection, emergency, or interlevel hoisting is...
SUBSCRIBED