Expand
Kitsault molybdenum mine is located in the region of British Columbia, Canada.
Kitsault is considered to be one of the world's top molybdenum projects. Image courtesy of Jurii.
Avanti Mining will use open-pit methods for recovering molybdenum from the Kitsault mine. 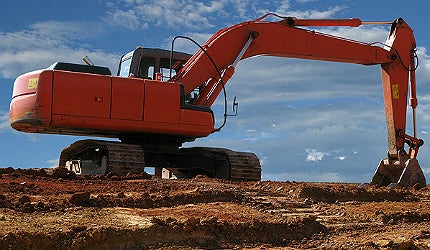 Kitsault molybdenum mine is a high-grade resource located 140km from Prince Rupert in British Columbia, Canada. Owned and operated by Avanti Mining, the mine is considered to be one of the world’s top five molybdenum projects.

The Kitsault mine was discovered in 1911 and the first diamond drilling programme at the mine was carried out by Kennco Exploration in 1959. The mine produced 9.3Mt of ore between January 1968 and April 1972.

In 1976, a feasibility study was conducted to explore options for reopening the mine. Production resumed between 1981 and 1982. Avanti acquired the Kitsault property in October 2008. All necessary permissions for the mine’s development are in place. A new environmental assessment was only needed for tailings disposal.

A feasibility study of the mine, undertaken by AMEC, was completed in late 2010. Avanti entered into an agreement with five lenders in April 2012 to provide up to $640m of financing for the mine’s development.

Construction on the Kitsault site began in the same month and is expected to create 700 jobs at the peak. The project will operate at a mill throughput of 45,500t/d over 14 years of mine life, according to the feasibility study.

Geology and reserves at British Columbia’s mine

Kitsault mine consists of three deposits, namely Kitsault, Bell Moly and Roundy Creek. The deposits are part of the Bowser Lake Group in the Intermountain tectonic belt of the Coast Plutonic Complex.

Mineralisation of the Kitsault, Bell Moly and Roundy Creek deposits

Mineralisation at the Kitsault deposit occurs in a hollow, steeply-dipping, annular shape in the central Lime Creek Intrusive Complex. Bell Moly consists of molybdenum mineralisation in the form of a south-west zone intrusive and the Clary Creek stock.

Mining methods used at the Canadian molybdenum mine

Molybdenum from the mine is planned to be recovered through open-pit operations. Shovels, loaders and haul trucks will be used for the mining. Benches will be drilled in an 8m x 8m pattern for recovering the ore.

The mine will be equipped with a processing plant consisting of a 40,000t/d concentrator to process the recovered ore. The plant will use conventional processing technology. The project is located near existing infrastructure, with road and sea access enabling easy product transportation.

"Owned and operated by Avanti Mining, the mine is considered to be one of the world’s top five molybdenum projects."

A discharge screen will separate any coarse material, which will be sent further to a cyclone pack where it will be crushed in a ball mill. From the cyclone pack, the crushed ore will be sent to the rougher-scavenger bulk flotation circuit where molybdenite and some pyrite will be recovered.

The concentrate from the rougher circuit will pass through a series of cleaning steps and the final concentrate will be sent to the thickener.

After thickening, the concentrate will be sent to the leaching circuit where it will be treated with hydrochloric acid. Leached material will be filtered, washed and dried before being shipped.

Tailings from the rougher circuit will be sent to the de-pyritisation flotation and will either be used for dam construction or discharged into the tailings management facility. The facility is designed to enable secure disposal of 233Mt of tailings, which can be expanded up to 300Mt.

The estimated cost of the project is $1bn. As of May 2015, Alloycorp secured commitments for $225m in financing for the project.