Expand
The Kestrel mine is an underground operation located 40km north-east of Emerald in central Queensland, Australia.
The mine lies within the Bowen Basin, a significant Permian-aged coal basin extending 600km.
The mine underwent a $2bn expansion to extend its resources. 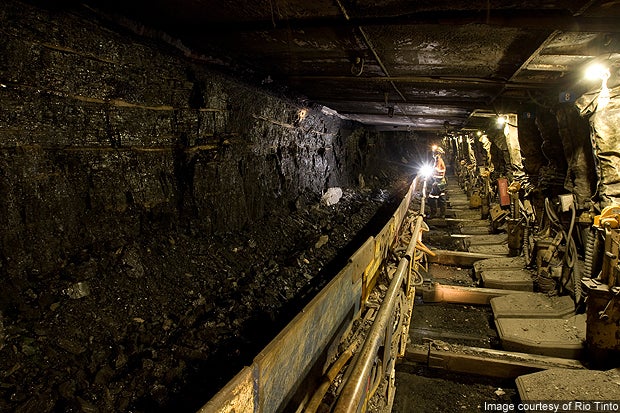 The Kestrel mine is an underground operation located 40km north-east of Emerald in central Queensland, Australia.

Formerly known as the Gordonstone mine, it is a major provider of coking and thermal coal, supplying close to 4.2Mt annually.

The mine is operated by Kestrel Coal on behalf of a joint venture formed between Rio Tinto Coal Australia (RTCA) and Mitsui Kestrel Coal Investment, a subsidiary of Mitsui Group.

The mine underwent a $2bn expansion to extend its resources. As of December 2012, the mine contained an estimated 115Mt of coal reserves.

The expansion was started in August 2008 and completed in September 2013. It has increased the mine’s production capacity to 6Mt/y and extended its life to 2032.

Preliminary operations were started in July 2013 and the mine was officially opened in October 2013.

Kestrel mine covers 9,500ha of the mining lease area and 1,800ha of mineral development licenses. It is expected to achieve full production capacity by the end of 2014.

The mine lies within the Bowen Basin, a significant Permian-aged coal basin extending 600km in length and 250km in width.

Coal seams hosted within the basin are characterised by significant variations in rank and quality.

Coal ranks range from anthracite to low-volatile bituminous along the basin’s north-eastern edge that remain structurally disturbed. The deposits in this zone are structurally complex.

The central section of the basin contains medium to high-volatile bituminous coal and high-grade coking coal. Mild structural deformations characterise the deposits in this zone.

Towards the south-west, the coal ranks drop below coking range, followed by a loss of coking properties. The region’s significant deposits include low ash non-coking coal that remains unaffected by significant structural deformation besides normal faulting.

Across the basin, coal-bearing horizons are hosted at several stratigraphic levels. Deposits of significant value are, however, limited to four groups belonging to the early to late Permian age.

The oldest coal group, hosted largely in the south-western zone of the basin, varies in thickness and lithology. Seams up to 30m thick are found at significant depths in the extreme south-west margin of the basin. The north-hosted seams are thinner and relatively near to the surface.

The second group of coal includes many unconnected deposits along the northern and western edges of the basin. The third group, stretching from the Kestrel mine to the North Goonyella, north of Moranbah, includes high-grade coking coal deposits.

The final group consists of late Permian-aged coal formed during the last stage of deposition in the Bowen basin.

The widely distributed coal in this group varies in quality and is characterised by relatively low content of reactives and sulphur. The group is a major source of coking, pulverised coal injection and thermal coal.

The mine uses longwall and continuous mining methods that result in better resource-recovery rates, require less roof-support materials and provide better roof protection to miners compared to other methods.

Approximately 375 miners work in shifts to carry out mining at the Kestrel mine, seven days a week.

The Kestrel mine expansion included the construction of two mine access points to extract the underground ore. Surface infrastructure, including a new workshop, administration space, storage and warehouse facilities, were constructed to support the relocated mining activities.

"Preliminary operations were started in July 2013 and the mine was officially opened in October 2013."

To facilitate coal extraction from the new mining area and the coal handling and preparation plant a rail system was upgraded with a 7km overland conveyor. A new automated stockpile system was also built.

The expansion also involved the construction of a water system including three water management dams with a combined capacity totalling to 575ML.

The initial phase of construction was carried out over a 30-month period. Underground development was continued for two years. The 250m-wide longwall was replaced by a 375m-wide longwall that resulted in reduced unit cost and improved productivity.

The longwall operations began in July 2013 when the existing mine began ramping down.

Contractors for the Australian mine

The construction management contract of the expansion project was awarded to Ausenco, a diversified engineering services and project management company, on 11 May 2010.

In addition, a $12m design contract was awarded to AECOM Technology, a global technical and management support services company.

The Daunia open cut coal mine is located in Queensland, Australia. The mine is owned by BHP Billiton Mitsubishi Alliance (BMA), a 50:50 joint venture between BHP Billiton and Mitsubishi.

Alpha Coal Project is a high thermal coal mine located in the Galilee Basin in Queensland, Australia.

Cirlock
Cirlock is an Australian-owned and family-operated business, specialising in lockout...