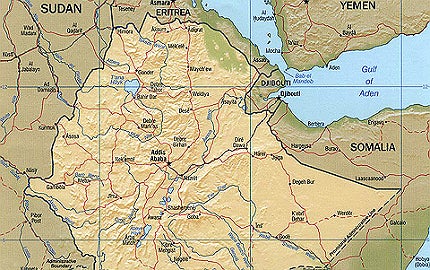 "The border zone between the highland and depression consists of tertiary to quaternary alluvial fan sediments."

A fourth concession covering 11 square kilometres was acquired from Haro Exploration in 2010. It includes two deposits: the Mushley deposit and the smaller Crescent deposit.

The project is owned by Allana Potash, which began phase one drilling on 5 April 2010. The drilling programme continued through 2010 and 2011, exploring potential potassium mineralisation in the concessions. China Investment Corporation is considering investing in the project.

Reserves and geology of the potash project

The deposit contains an estimated 588.2 million tons of inferred potash mineral resources according to the revised estimates reported in June 2012.

"The phase one drilling programme of the deposit was initially planned to include seven holes extending between 2,500m and 3,000m."

The composite grade of the resources has been estimated at 18.6% KCI. The total measured and indicated resources are estimated at 1.29 billion tons at 19.3% KCI. The mine lies within the Danakhil depression, a northern extension of the Afar depression.

Towards the north-west, the Danakhil depression is surrounded by the Danakil Alps. The Alps, with 1,000m elevations, contain a 40-70km-wide horst structure that divides the depression from the Red Sea. The south-western border of the depression has elevations of 2,100m.

A 1,000m series of evaporite is formed close to Red Sea due to the high rates of subsidence. The shoulders of the Danakil Alps and Ethiopian highlands include gneisses and phyllites belonging to the Precambrian age. It also comprises Jurassic-age sediments and granites, and intruded basalts belonging to the Palaeozoic and Neogene age.

The border zone between the highland and depression consists of tertiary to quaternary alluvial fan sediments. Largely unconsolidated, the sediments interfinger and lie above the Pleistocene and Holocene sediments of the depression.

Basement rocks of the deposit consist of gneisses, phyllitic schists, limestones, sandstones and conglomerates of the Palaeozoic and the Precambrian age. Found mostly in the eastern, western and border areas of the zone, the basement rocks do not outcrop. They are overlain by a series of Mesozoic rocks, including Adigrat Sandstones, antalo limestones, marls and upper sandstones. It is overlain by a series of tertiary and quaternary rocks.

The structure of the potash members found within the deposit dip gently by less than 50 in the north-east direction. The deposit is segmented into blocks depending on the thickness, grade and depth of the surface of the horizons.

Mineralisation at the Danakhil potash project

The sylvinite layer ranges up to 11m in thickness and comprises large amounts of sylvite along with trace amounts of carnallite, anhydrite, clay and dolomite.

The kalnitite member that averages nine metres in thickness is dominated by kainite with lesser amounts of kieserite, carnallite and insoluble material.

Mining and processing at Ethiopia’s deposits

The Sintoukola potash project is located in Kouilou Province of the Republic of Congo in West Africa.

The deposit will be mined using either solution or open pit mining methods. The feasibility of these options is being investigated. Hydrogeological investigations will reveal the potential of open pit mining for the deposit. Mining will be carried out either through solution mining or conventional mining, if the deposit’s depth is increased further. A combination of solution and conventional mining techniques can also be adopted.

Under conventional mining of the kainitite member, SOP and K-Mg sulphite are produced by separating kainite and kieserite from halite. K-Mg sulphates are converted into K sulphates through reaction with additional KCI. SOP and K-Mg sulphite production through solution mining of the Kainitite member is not a proven process. A pilot operation is conducted before the composition of the final brine / slurry is determined.

The phase one drilling programme of the deposit was initially planned to include seven holes extending between 2,500m and 3,000m. The number of holes have however been increased with more potential potash mineralisation being identified.

Designed to confirm the accuracy of the historical drilling results besides increasing the resource limit, the drilling programme is being conducted at the potash horizons closer to the current resources. The potash horizons hosted in the centre of the evaporite basin are also being tested.