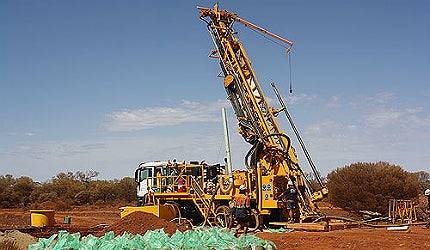 The Doolgunna copper-gold mine is located in Western Australia, approximately 900km north of Perth and 150km north of Meekatharra in the peak hill mineral field. Spread across an area of 395 square kilometres, the project comprises two high-grade deposits including DeGrussa and Conductor 1, six contiguous granted exploration licences and one exploration licence.

“Development of the mine commenced in April 2011 after obtaining the mine lease from the West Australian Department of Mines and Petroleum (DMP) in December 2010.”

Sandfire approved the DeGrussa project in March 2011 and completed the definitive feasibility study in June 2011. The project is being developed at a cost of $384m. It will have an initial life of more than seven years.

Mintrex and BEC Engineering were involved in the scoping study, prefeasibility study and definitive feasibility study of the DeGrussa copper development project from June 2010 to June 2011. The studies concluded requirements for potable water and wastewater treatment facilities, workshops, offices, process equipment (such as ball, SAG and regride mills) and buried services. As of March 2012, the mine holds 8.39Mt of probable reserves graded at 5.6% Cu and 1.8g/t Au.

Geology of the Western Australian mine

The mine is a typical vocalnogenic massive sulphide (VMS)-style deposit in terms of mineralisation, chemistry and regional structure. It occurs as lenses of polymetallic massive sulphide developed in submarine volcanic environments from metal-enriched fluids related with hydrothermal convection of the seabed.

The DeGrussa deposit represents a 20m-thick steeply dipping to almost vertical body of high grade copper-gold mineralisation with zinc and silver hosted in lesser amounts. The deposit is defined over a 180m lateral strike extent and extends to a known vertical depth of more than 300m.

The Conductor 1 deposit is hosted as a number of stacked lenses instead of one lens, as suggested by geological modelling. Underlying the DeGrussa deposit, the Conductor 1 deposit measures 15m in thickness and extends over a lateral strike length of 350m. It is characterised by a steep 75° south-west trending dip and has a known vertical depth of 400m.

The newly discovered Conductor 4 deposit lies 120m below the Conductor 1 deposit. Intersected 200m east of Conductor 1 and DeGrussa, this deposit is a smaller massive sulphide lode.

Mineralisation, exploration and drilling at Doolgunna

Mineralisation at Doolgunna is hosted within sulphide-bearing quartz veins, oriented subvertically within mafic schists. The mineral bearing bodies remain open to the west.

The mine has been drilled extensively since its discovery. To establish the orientation and limits of mineralisation hosted at DeGrussa and Conductor 1, major airborne electromagnetic (EM) surveys have also been carried out. The EM surveys have identified up to 17 conductive features and targets for further exploration.

Mining and processing at the gold-copper deposit

Development of the mine commenced in April 2011 after obtaining the mine lease from the West Australian Department of Mines and Petroleum (DMP) in December 2010.

Underground mining will be central to the development of the project once open pit mining concludes in 2015.

“Sandfire approved the DeGrussa project in March 2011 and completed the definitive feasibility study in June 2011.”

A 1.5Mtpa flotation processing plant will be constructed at the mine to produce about 230,000tpa of dry copper concentrate.

Construction of the plant commenced in September 2011 and is expected to be completed by the third quarter of 2012.

In March 2011, Outotec was awarded a contract to supply key equipment necessary for the construction of the processing plant.

The engineering, procurement and construction contract for the processing plant was awarded to Abesque Engineering in June 2011. The value of the contract is $65m.