Cameroon has been found to have flouted an international court order by issuing a mining permit for the Mbalam iron ore deposit to a local firm.

Located along the border of Cameroon and the Republic of Congo, the Mbalam‐Nabeba iron ore project is expected to produce 35 million tonnes of ore a year for at least 25 years.

Australian firm Sundance Resources has been in a dispute with authorities of the two countries over the Mbalam-Nabeba project.

The company said its legal representatives had confirmed that Cameroon had issued an exploitation permit for the Cameroonian part of the project, known as the Mbalam licence, to Cameroon Mining Company SARL (Cameroon Mining). 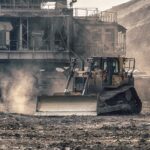 Sundance claims that the permit breaches the International Chamber of Commerce’s ruling that the licence cannot be awarded to a third party while it is under dispute with the government.

Last July, the company referred the dispute to international arbitration after learning that Cameroon’s government was in talks with the Republic of Congo to develop the mine with Chinese investors.

Sundance non-executive director Giulio Casello said: “Although we have now established that Cameroon Mining Company SARL is part of the same group of companies as Sangha Mining, the Congolese entity that somehow obtained our Nabeba project after it was expropriated by Congo, it is still far from clear who is ultimately behind this group and how they are obtaining these valuable mining rights despite not meeting even the most basic requirements of the mining laws of Congo and Cameroon.

“Sundance’s lawyers have taken steps to inform the International Chamber of Commerce of Cameroon’s breach of the Emergency Arbitrator’s interim order.

“We therefore call on Cameroon to rescind this decree and issue the exploitation permit to Cam Iron.”

Earlier this year, a subsidiary of Chinese mining firm Sinosteel reached a deal to develop the Lobe iron ore mine in Cameroon.