Canadian firm Sulliden Mining Capital has agreed to acquire all of the issued and outstanding common shares of a private Ontario company (Privco) from its shareholders.

According to the share exchange agreement, Sulliden will issue 25 million of its common shares to the shareholders of Privco.

Each Sulliden share would carry a value of $0.125 for an aggregate consideration of $3.12m.

In a press statement, Sulliden said: “The acquisition is an arm’s length transaction for purposes of the policies of the Toronto Stock Exchange [TSX] and remains subject to customary closing conditions, including TSX approval.” 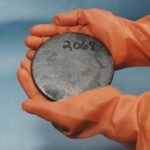 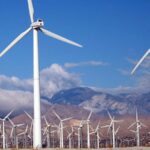 The transaction is expected to complete in April 2022.

According to Sulliden, two of the three claim blocks surround the consolidated uranium-owned project in the Matoush Deposit.

According to the estimates, the consolidated project holds a historical mineral resource of 586,000t at 0.954% U₃O₈ of indicated material and 1.686Mt at 0.442% U₃O₈ of inferred material.

In October 2021, Sulliden Mining Capital agreed to acquire all of the issued and outstanding common shares of Salt Cay Horizons from the latter’s shareholders.

Through its wholly owned subsidiary, Salt Cay owns 22,600ha of concessions in Peru.

This area consists of multiple uranium deposits that are claimed to be large scale, very near-to-surface, as well as several near-surface lithium deposits associated with uranium mineralisation.