The interest will be acquired by Shenghe’s subsidiary Shenghe Resources (Singapore) for A$0.99 per share from Appian Pinnacle.

Peak Rare Earths said that the deal, which is at the shareholder level, will not affect its daily operations, strategy, employees or leadership.

The firm’s core asset is the Ngualla rare earth project in Tanzania. 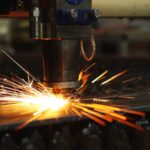 This project is claimed to hold one of the world’s largest, highest grade and lowest cost Neodymium Praseodymium (NdPr) rare earth deposits.

It involves the construction of a mill, mine, concentrator, community projects and associated infrastructure.

Peak Rare Earths chair Tony Pearson said: “Shenghe is a leading participant in the global rare earth sector and we view its investment as a strong endorsement of the world-class nature of Peak’s integrated Ngualla-Teesside rare earth project.

“Peak remains committed to its integrated Ngualla-Teesside strategy and we look forward to continuing our existing regulatory, technical and commercial discussions in order to progress our project to a final investment decision.”