Petra Diamonds is set to reduce its shareholding in the Williamson open-pit diamond mine in Tanzania as part of a new agreement in principle with the government.

The agreement in principle has been documented in a framework agreement, which will lead to a capital restructuring of the Williamson Diamonds Limited (WDL), the operator of the mine.

Petra Diamonds holds a 75% stake in WDL while the remaining interest is with the Tanzanian Government.

As agreed, the company will grant a 16% free carried interest in WDL to the government. This will align the company with Tanzania’s mining legislation. 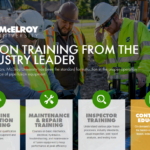 The capital restructuring will include a share issue that will reduce Petra’s indirect shareholding in WDL from 75% to 63%. Concurrently, the government’s shareholding will increase to 37%.

Additionally, the two partners agreed to share an economic benefit sharing ratio of 55:45 between the government and Petra respectively.

Located 160km south of Mwanza, the Williamson Mine is an important diamond producer in Tanzania.

The mine was on care and maintenance since April 2020 and had recently resumed operations.

Under the new framework agreement, Petra and the government have committed to offering financial assistance for the restart of operations at the Williamson Mine.

The agreement also settles historic disputes regarding WDL and the Williamson Mine. As part of the settlement, WDL will pay the Tanzanian Government $20m in instalments.

Petra Diamonds CEO Richard Duffy said: “This framework agreement is the culmination of many months of negotiations, which were at times impacted and restricted by the Covid-19 pandemic.

“We are therefore delighted to have put this agreement in place, which marks a new era of the joint venture parties’ relationship and sets the foundation for sustainable operations at the Williamson Mine.”

The framework agreement is subject to several conditions, including regulatory approvals.