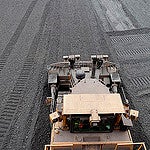 Mining major Rio Tinto has opened the $2bn extension of its Kestrel coal mine in central Queensland, Australia.

The Kestrel mine is situated 40km north-east of Emerald and is the company’s only underground coal operation.

The extension is expected to add 20 years to the life of the mine and increase hard coking coal production to about six million tonnes per year.

Rio Tinto has been operating the mine since 2009 and the facility began production in July 2013.

The new operation is anticipated to reach full capacity by the end of 2014 as the existing mine is ramped down.

Queensland Treasurer Tim Nicholls said that coal continues to play a vital role in the state’s economy and welcomed what he termed ‘a long-term commitment’ by Rio Tinto.

Kestrel Mine has about 115 million tonnes in coal reserves and its main export customers are in Japan, Korea, Taiwan, Europe, India and China.

Rio Tinto energy chief executive Harry Kenyon-Slaney said that the extension has delivered one of the most advanced underground coking coal operations built in Australia.

“It is equipped with a new level of automation that will deliver significant safety and production improvements. I look forward to seeing Kestrel mine continue to lead the way in improving the competitiveness of our Australian coal business while providing benefits for the state.”

Rio Tinto manages the mine on behalf of the joint venture partners Queensland Coal and Mitsui Kestrel Coal Investment.

Iron Ore Mining in Australia to 2022

Coal Mining in Australia to 2022