Australia’s Lynas Rare Earths has received a nearly $120m follow-on contract from the US Department of Defense (DoD) for the construction of a commercial heavy rare earths (HRE) separation facility in Texas.

Awarded to Lynas’ US subsidiary, the contract builds on the Phase 1 agreement for an HRE separation facility that was announced in 2020.

The project is planned to be built within an existing industrial region on the Texas Gulf Coast. It is expected to begin production in the financial year 2025. 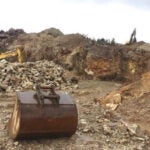 Half-funded by the Defense Production Act office of the DoD, the light rare earths separation facility will have a production capacity of around 5,000tpa. This includes nearly 1,250t of neodymium and praseodymium (NdPr).

Lynas Rare Earths CEO and managing director Amanda Lacaze said: “The development of a US heavy rare earths separation facility is an important part of our accelerated growth plan and we look forward to not only meeting the rare earth needs of the US Government but also reinvigorating the local rare earth market. This includes working to develop the rare earth’s supply chain and value-added activities.

“The DoD’s decision to fully fund the construction of the heavy rare earths facility demonstrates the priority that the US Government is placing on ensuring that supply chains for these critical materials are resilient and environmentally responsible, and as importantly, their confidence in Lynas’ ability to execute, including access to quality feedstock and processing expertise.”

The commercial HRE separation facility will source feedstock comprising a mixture of rare earth carbonate from the Lynas mine in Mt Weld, Western Australia.