The work forms part of the company’s wider $9.8bn investment plan to produce electric vehicle batteries in the country.

LGES officials said that the company will invest $3.5bn to build a smelter, which will be equipped to produce 150,000t of nickel sulfate a year.

The company will also build a $2.4bn factory in Batang industrial park in Central Java, which will produce precursor and cathode. 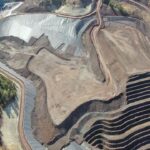 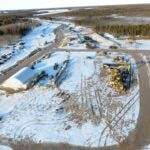 These materials will serve as the main raw material for a planned 200GWh battery cell plant.

The facility will have an annual production capacity of 220,000t of precursor and 42,000t of cathode.

The battery cell plant is planned to be built with a $3.6bn investment in the industrial town of Karawang in West Java.

Reuters quoted LGES President Lee Bang-Soo as saying that the company would sign an agreement with Indonesian state miner Aneka Tambang (Antam) in September this year.

Under this agreement, the two companies will jointly invest in a nickel mine in the eastern island of Halmahera.

The $300m mine is expected to produce 16 million tonnes of nickel ore.

In 2020, the country ceased nickel ore exports in an effort to attract foreign investment to develop its downstream industry.

President Widodo said the plant was the first EV battery facility in South-East Asia and highlighted the government’s commitment to using its nickel resources to develop downstream industries.