India’s National Green Tribunal (NGT) has deferred to the country’s Supreme Court over a decision to lift a coal mining ban in the north-eastern state of Meghalaya.

The NGT banned the practice of ‘rat-hole’ coal mining in 2014, which involves digging small vertical pits to reach mineral deposits, before excavating chambers running parallel to the surface to transport resources underground. The tribunal found the technique ‘unscientific and illegal’, according to Arunabh Saikia of the London School of Economics.

A separate ban is also in place on the transportation and processing of material that had been extracted prior to 2014, which has damaged the region’s coal industry, as well as related industries, including transportation.

“The ban on transportation of the already mined material will also continue subject to further orders of the Supreme Court,” the NGT said in a statement. “If any further coal not so far recorded in the inventory is available, a separate inventory may be made and if it is found that the extraction was illegal, royalty in terms of orders already passed may also be collected.” 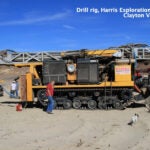 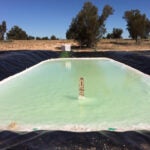 The Supreme Court plans to establish an independent committee in September; it will then have one month to establish a plan of action, which will be completed within six months. The NGT will examine the committee’s report in March 2019, suggesting the tribunal will resume authority over the ban once the Supreme Court has made its recommendations.

Coal mining in the state is complicated by perceived inconsistencies between national and local legislation. Meghalaya is governed by the Sixth Schedule of the Indian Constitution, meaning the culture of its local tribes is protected, and those tribes can enjoy a degree of autonomous government.

Many locals have interpreted this to mean they have complete control over coal mining and processing, which has resulted in unstable and dangerous mining.

However, the Coal Mines Nationalisation Act of 1973 explicitly lists Meghalaya’s coal mines as under the control of the central government, and the Sixth Schedule notes that mineral extraction is only legal if done with a licence supplied by the national government. This confused approach has harmed several businesses in the region, leading individuals such as the state’s truck owners’ association Augustine Shanpru to call for a more coherent policy.

The NGT was established in 2010 to resolve legal disputes in matters where the environment is at risk, however its own legal authority is unclear. It does not adhere to the 1908 Code of Civil Procedure, which influences civil proceedings in India, instead drawing its authority from ‘principles of natural justice’, according to its website.

It is hoped the Supreme Court will be in a stronger legal position to make a ruling on the ban.