Canadian company Fortuna Silver Mines has signed a definitive agreement to acquire all the issued and outstanding securities of West Africa-focused Roxgold in an $804m (C$1bn) deal.

Once the deal concludes, existing shareholders of Fortuna and Roxgold will own nearly 64.3% and 35.7% of the new global intermediate gold and silver producing company, respectively.

With the acquisition of Roxgold, Fortuna will benefit from the in-region operating experience of key members of the latter’s team.

Projected pro forma average annual EBITDA from the combination is expected to be more than $500m. 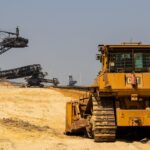 “The combined company will be in a stronger position to continue accelerating the development of the Séguéla gold Project at a lower cost of capital and aggressively pursuing the potential of a most exciting exploration pipeline in West Africa and Latin America.”

The new entity will also be in a better position to self-fund the Séguéla gold project construction in Côte d’Ivoire at a lower cost.

It will also advance the exploration of the Boussoura gold project in Burkina Faso.

With an extensive portfolio of exploration properties that span more than 286,300ha in the prolific Birimian gold province, Fortuna will have a robust exploration pipeline.

The transaction is subject to approval from shareholders, the Supreme Court of British Columbia, TSX and NYSE.

It is also subject to the satisfaction of certain other closing conditions and expected to conclude by late June or early July this year.