A dam wall collapse at an abandoned Jagersfontein diamond mine in South Africa’s Free State province has resulted in the deaths of at least three people, reported Bloomberg News citing Department of Mineral Resources and Energy Nathi Shabangu as saying via SMS.

The provincial government was cited by Reuters as saying that approximately 40 people were injured due to the flooding that caused the collapse on 11 September.

Formerly owned by Anglo American unit De Beers, the diamond mine was closed in the 1970s.

The provincial government was cited by Reuters as saying in a statement that search and rescue efforts are underway at the inactive diamond mine. 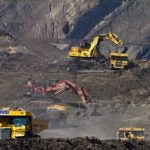 Furthermore, the dam collapse triggered power loss in the town of Jagersfontein, 100km from Bloemfontein, and other townships located nearby to the mine area.

The office of the Free State Premier said: “A detailed report on the circumstances surrounding the incident will be released upon compilation.”

Minister of Mineral Resources and Energy Gwede Mantashe told reporters: “Compensation for fatalities, compensation in terms of damage to property will be taken as a responsibility of the company that owns the slimes dam.”

The reason for the dam’s collapse is not known yet, Reuters cited Minerals Council South Africa, a mining industry lobbying group.