S2 will gain the right to appoint a nominee to the TRT Board following the acquisition, in addition to participating in future share issues in TRT.

S2 Resources is engaged in the exploration of mineral resources, while TRT is a metals and mining company. Both entities are based in Australia.

Zijin Mining Group has received the necessary approvals from the Chinese and Canadian regulatory authorities for the friendly takeover of Nevsun Resources.

Company News
13 trillion reasons: the new issue of MINE is out now 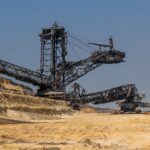 Nevsun is a mid-tier base metals company based in Canada, while Zijin Mining Group is engaged in gold and copper mining.

Stanmore Coal is a coal mining company, while Golden Investments is a joint venture of Ascend Global Investment Fund and Golden Energy and Resources. Both the companies involved in the acquisition are based in Australia.

Sibanye-Stillwater has received a conditional approval from the South African Competition Tribunal for the proposed acquisition of Lonmin.

A six-month moratorium on retrenchments from the implementation date will also be imposed on the Lonmin operations, in addition to the conditions set by the tribunal.