US-based Coeur Mining has agreed to sell its Crown and Sterling subsidiary to a unit of AngloGold Ashanti for an upfront cash consideration of $150m.

The transaction also has a $50m deferred cash consideration, which is payable upon Crown Sterling achieving at least 3.5 million gold ounces of the total resource. 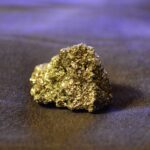 AngloGold will acquire assets including Coeur’s C-Horst, SNA, Secret Pass and Daisy operations, as well as the Sterling mine and the tenements surrounding the properties.

AngloGold expects the acquisition of Crown Sterling to further consolidate and enhance its development potential in the Beatty District.

The transaction, which is subject to customary closing conditions, is planned for completion in Q4 2022.

AngloGold Ashanti CEO Alberto Calderon said: “The addition of these properties consolidates our ownership position in one of North America’s most promising new gold districts, and gives us the ability to develop it in a way that will realise its full potential for the benefit of all stakeholders.”

According to Coeur estimates, the properties put up for sale in the transaction have a mineral resource of 914,000oz.