Zimbabwe has given the green light to the development of a $2.83bn battery-metals park, proposed by a group of Chinese investors, reported Bloomberg News.

Planned to be developed by Hong Kong Eagle International Investment and Pacific Goal Investment, the proposed plant will be equipped to process metals including platinum, lithium, and nickel.

The move is aimed at reinvigorating the country’s declining economy.

Slated for completion by the end of 2025, the integrated industrial park will comprise $1bn nickel-sulphate plant, a $500m nickel-chromium alloy smelter, and a $450m lithium-salt plant, Eagle International said in documents seen by the publication. 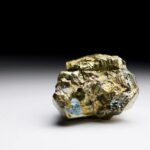 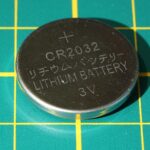 Zimbabwe Deputy Mines Minister Polite Kambamura said an agreement is anticipated to be signed between Eagle International and Pacific Goal for the proposed plan, later this week.

In the document, Eagle International said: “The goal of the New Energy Special Economic Zone Industrial Park is to develop an industrial value chain represented by new energy metals such as lithium and nickel, to increase the added value of the mineral products and form a new energy production base that embraced the world while based in Africa.”

The 30-50km2 battery-metals park is expected to be built in Mapinga and would include two 300MW power plants to provide electricity to the various refineries.

Nickel-chromium alloys are used in in the production of stainless steel while lithium carbonate, lithium hydroxide and nickel sulphate are raw materials used for the production of lithium batteries required for solar-energy storage.

Zimbabwe has seen increase in investors due to surging lithium prices and growing shift to electric vehicles.

In the country, Chengxin Lithium Group and Sinomine Resource Group agreed to explore for lithium. Zhejiang Huayou Cobalt looks to develop the $300m Arcadia lithium mine in the country’s northeast part.