Business optimism increased in December compared to November, according to an ongoing poll by Verdict, due to recovery of manufacturing and services sectors although concerns over Omicron variant remain.

Analysis of the poll responses recorded in December shows that optimism regarding future growth prospects increased by four percentage points to 67% from 63% in November. 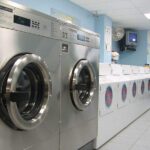 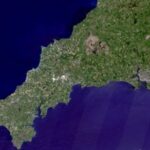 The percentage of respondents who were neutral (neither optimistic nor pessimistic) decreased by two percentage points to 13%.

The analysis is based on 435 responses received from the readers of Verdict network sites between 01 December and 31 December 2021.

The Creighton University Mid-America Business Conditions Index, an economic indicator for the nine-state region from Minnesota to Arkansas, was at 64.6 in December compared to 60.2 in November. Economists from the university highlighted that the region is demonstrating healthy growth in manufacturing activity adding that regional growth will remain strong. The survey also found that 50% of supply managers expect the Omicron variant to disrupt supply deliveries, while 42.3% expect no impact.

The MetLife and the US Chamber of Commerce Small Business Index meanwhile reported a strong score for the quarter ending December 2021 at 63.0, which is the highest since the start of the pandemic. Optimism among small business owners in the US was indicated through their plans to increase investments and staffing levels. The survey found that 38% of small business owners intend to hire more staff, while 42% aim to invest in their business in 2022.

Similarly, the Bank of Korea announced that the Business Survey Index score in the manufacturing sector increased to 95.0 in December from 90.0 in November. The University of Cyprus’ Economic Sentiment Indicator (ESI-CypERC) also increased by 2.1 points from the previous month in Cyprus. The increase was attributed to a rise in business optimism in the country’s industry, construction, and services sectors.

The Bank of Botswana’s quarterly Business Expectations Survey (BES) further suggested that firms in the country remained optimistic in the fourth quarter of 2021 compared to the previous quarter. The increase in business optimism was a result of the expected improvements in sales volume, exports, employment, and investments in equipment and vehicles.