Brazil Potash Corp has laid out plans to resume the Autazes potash project, located in the Amazon, reported Reuters.

The firm has lobbied its plan to Brazilian President Jair Bolsonaro earlier this week to help the country offset potential shortages for fertilisers amid escalating tensions between Russia and Ukraine.

Brazil imports more than 80% of its fertilisers to meet its demands. Potash is a key ingredient in many fertilisers. 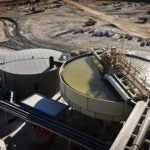 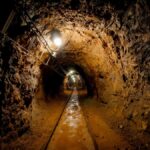 The country imports close to 20% of its fertilisers from Russia, which has been hit with Western sanctions due to its military attack on Ukraine.

The $2.5bn project was abandoned in 2017, following the suspension of its environmental permit.

Located at Autazes, 120km southeast of the state capital Manaus, the mine is planned to produce 2.44 million tonnes per annum of granular potash.

The decision to approve the potash mine, however, is not entirely up to Bolsonaro, but also on a ruling by Federal Judge Jaiza Fraxe, who is monitoring talks with the Mura people for a fair say over the project.

Potassio do Brasil, a subsidiary of Brazil Potash , expects the mine would take three years to start production.

Potassio do Brasil CEO Adriano Espeschit told Reuters, in an emailed statement: “As soon as the environmental licence is restored, we will apply to Amazon environmental protection agency IPAAM for an installation licence and start work.

In March 2022, Bolsonaro called for the lifting of mining restrictions in indigenous territories to reduce reliance on imported products, including fertilisers, amid the Ukraine crisis.