The blueish-grey chemical element cobalt has emerged from relative obscurity to reach notoriety as a key component of lithium-ion batteries – the technology required to power the smart technology revolution.

Currently, the electric battery market only accounts for around 10% of total cobalt usage, but that number is rapidly rising in line with sales of electric vehicles (EV), which rose 58% globally in 2017, according to Darton Commodities. This was primarily driven by China, where 600,000 EVs were sold, compared with 200,000 in the US.

The Chinese Government has said it wants 12% of all cars produced in the country to be electric by 2020 as part of its ambitious programme to tackle pollution and air quality problems in the world’s most populated country.

To realise its electric ambitions, the country has been stealthily stockpiling and signing off-take agreements to secure long-term supplies of this key mineral. 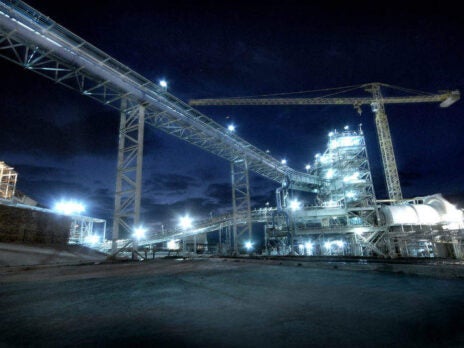 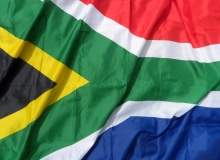 Snapshot: The market for mining in South Africa

Taking stock of the figures

To date, China has control of around 85% of global cobalt supply, according to Darton Commodities.

This includes an agreement with Glencore, the largest producer of cobalt, to sell 52,800t of cobalt hydroxide to Chinese chemicals firm GEM over three years. This represents around a third of Glencore’s total planned production during this time.

Furthermore, China Molybedenum (CMOC) is the largest stakeholder in Tenke Fungurume Cu/Co mine (TFM) – which as an output estimate of 16,800t in 2017 – in the DRC after buying it from Freeport McMoRan in 2016. The mine is the primary unique supplier to Kokkola refinery in Finland, which sells to Japanese and Western technology manufacturers.

According to Darton Commodities, Chinese production accounted for 58% of global refined cobalt output in 2017, and 98% was imported, mostly from the DRC.

China already has a significant grip on the world’s cobalt supply, but it could get tighter.

For some time there has been a rumour that a Chinese entity may buy Eurasian Resources Group’s $1bn Roan Tailings and Reclamation (RTR) project (previously Kolwezi tailings) in the DRC. The project is already Chinese financed and is set to start production later this year producing around 15,000t per annum.

Such a deal would increase China’s share of the cobalt supply if production from RTR was sent direct to the country instead of its competitors.

Andries Gerbens, head of sales at Darton Commodities and author of the firm’s 2017-2018 Cobalt Market Review, says he wouldn’t be surprised if such an acquisition happened.

“The demand China has for cobalt feed stock is increasing very rapidly and a major concern for them right now is access to supply and the RTR project is a very attractive proposition if you have the capital to spend on it,” he says.

China’s dominance over global cobalt supply could head ‘in the direction of 90%’ says Gerbens, especially if in the future supply from Chinese-owned Tenke was diverted from Finland’s Kokkola refinery to a Chinese one.

“If it was diverted, the percentage of DRC production that ends up in China would be in axis of 90%, I suspect,” says Gerbens.

Furthermore, Cobalt 27 Capital Corp, owner of the world’s largest private stockpile of cobalt, said in April it is in talks for potential tie-ups with major Chinese companies.

“China is going green and they are going to be the Silicon Valley of electric vehicles,” says company chairman, CEO and director Anthony Milewski. “To do that they want to secure the raw materials that ultimately comprise that enterprise.”

Glencore CEO Ivan Glasenberg has echoed this sentiment saying: “If cobalt falls into the hands of the Chinese, yeah, you won’t see EVs being produced in Europe etc. They are waking up too late…”

Currently, 49% of planned capacity of lithium-ion battery production to come into operation is in China and according to McKinsey, approximately 375,000 EVs were manufactured by Chinese OEMs in 2016 – accounting for 43% of EV production worldwide.

OEMs from around the world, Chinese manufacturers among them, also produced approximately 332,000 EVs within China in 2016, and the country now has the largest number of EVs on the road, overtaking the number in the US for the first time.

However, Milewski says no one should see China’s moves to dominate cobalt supply as nefarious but rather the country ‘putting their money where their mouth is’.

“I think people will look back in decades and see this as a great leadership moment for China,” he says.

With China cornering the cobalt market, should other Western firms be concerned?

“I think it is already a worry for them, we know that Volkswagen and BMW have been actively searching for possible sources of cobalt for quite some time,” says Gerbens.

Supply of this key chemical element is set to get more complex. Some 67% of global mined cobalt in 2017 emanated from the DRC. This is a problem for companies that have consumers demanding high levels of supply chain due diligence because the DRC is  linked with issues of corruption, child labour and human rights abuses.

In addition, the DRC’s aggressive new tax regime for cobalt could cause major miners such as Glencore to delay or stockpile production in the country until the government agrees to better terms, creating more shortages in the market. Furthermore, cobalt is mined as a by-product of copper and nickel, and there is only one primary cobalt mine in the world.

Anticipation around EVs has seen the price of this unusual commodity sky rocket, climbing 260% since January 2016, and prices are forecasted to stay lofty. Capital Economics end-2018 forecast for cobalt price is $100,000/t, up from around $94,000/t today.

The takeaway is that, with demand for EVs set to grow exponentially around the mid-2020s, the race to secure supplies of cobalt is going to become increasingly charged and China is already way out in front.

This is unless cobalt is engineered out of lithium-ion batteries or anticipated demand for EVs falls short. It was reported recently that in a letter to shareholders, Tesla announced it had reduced its reliance on cobalt for its Model 3 vehicle, with Elon Musk saying they think they can get the figure down to zero.

If true, this could release price pressure on cobalt. However, Benchmark Mineral Intelligence reports that 75% of lithium-ion battery cathode capacities are expected to contain some volume of cobalt by 2020.

Musk’s move to reduce Tesla’s reliance on cobalt points to increasing concern by Western manufactures about the future supply of the commodity. This is likely fuelled more by China’s growing dominance over cobalt than increases in price, which would impact the cost of EVs only marginally.

As for the immediate future of cobalt production, Gerbens says to expect more offtake agreements and big investments in expansions of existing products, but also a widening deficit between supply and demand from 2022 onwards.