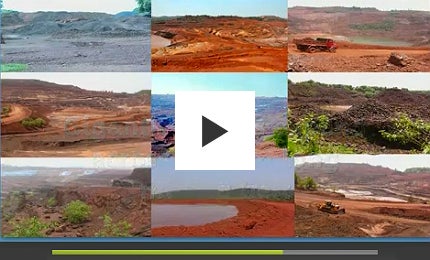 Six months ago, in September 2012, Goa-based non-governmental organisation (NGO) the Goa Foundation successfully instigated the shutting down of the Indian state’s entire mining industry, which produces 50 million tonnes of low grade iron per year, after filing a writ petition directly to the Supreme Court of India.

The petition cited findings from Justice M.B. Shah’s Commission of Inquiry into illegal mining in the region, which stated in its conclusion that "mining without lease or mining without the lease area is continuing unabated," and also made references to corruption. A month later the Supreme Court completely banned all mining and exporting of iron ore pending an enquiry.

The unprecedented closure of this 60-year-old industry has affected a quarter of Goa’s population who were employed by it in some way. The repercussions of halting this previously unfettered industry have sent shockwaves through Goa, from local mine employees working on site, to the state’s once thriving ports to the nation’s entire gross domestic product (GDP).

As the ban enters its seventh month, some believe the move has had a disproportionately detrimental effect on the state, while others consider it an important step towards reform, which has highlighted a dangerous overdependence on a depleting product – but who is right?

Corruption, government and an unchecked industry

"The unprecedented closure of this 60-year-old industry has affected a quarter of Goa’s population who were employed by it in some way."

The mining industry was the single largest employer in the state of Goa. Mines in this region predominately source low grade iron ore, containing between 45% and 60% FE (iron), nearly all of which is exported via the country’s ports to China, Japan, Korea and some European nations.

The Goa Foundation – Goa’s most prominent NGO – estimates that 43% of iron ore exported in 2010-2011 was illegally extracted, while Justice Shah’s report states that criminal groups had taken control of mining in some areas and that illegal mining had soared because of non-enforcement of parts of the Mines & Minerals (Development & Regulation) Act, established in 1957, which empowers central government and state government officers to enter and inspect mines. Mines have subsequently overrun leases for years or been discovered working outside lease areas.

For example, as reported by Infochange Environment, the Goan Government had allowed mining at two mines owned by Vedanta subsidiary Sesa Resources, the biggest iron ore miner in Goa, to operate without licences after the leases weren’t transferred from the previous owners, VS Dempo and Co, to Sesa Resources. The government’s consent of the transfer of leases has to take place within three months from the date of application, whereas the buyout had occurred some two years earlier.

In December 2012 The Goa Chronicle published a detailed letter drafted and sent by the Goa Government to the Supreme Court-appointed Central Empowered Committee (CEC), which, according the publication, categorically states that former Chief Ministers Pratapsingh Rane and Digambar Kamat were responsible for the illegal mining mess and the government should proceed with criminal proceedings against them, indicating that the illegal mining epidemic spread right to the heart of government. No criminal proceedings have been started.

Managing director of the House of Rajaram N.S. Bandekar, a leading exporter of iron ore from Goa, Suvarn R. Bandekar, says: "We are fully aware Mr. Digambar Kamat, the ex-mines minister and the ex-chief minister of Goa, was involved in this trade."

Bandekar, who admits that the House of Rajaram N.S. Bandekar has been implicated in the illegal mining fiasco, but is adamant these are false allegations, adds that Kamat tried to illegally take some of his company’s land to be used as an access road to a jetty site that he was building. The minister was only stopped from doing so, Bandekar says, because of Justice Shah’s revealing report and the subsequent court ban on mining.

"[We] now feel cheated that no justice is being done," he says.

Damage to the environment has been one, but not the only, consequence of this unchecked industry. The Goa Foundation says nearly three quarters of a million trees have been felled in the past four years, with 8.44% of Goa’s territory under mining leases. Rivers are reportedly heavily contaminated and former rice paddy fields have been destroyed.

The mining ban – losses vs gains

The breadth of suspected corruption may be vast, but so is the industry and abruptly closing it down has had dire consequences for various sections of Goan society.

"The Goa Foundation – Goa’s most prominent NGO – estimates that 43% of iron ore exported in 2010-2011 was illegally extracted."

The Goa Mineral Ore Exporters’ Association (GMOEA), which has been supporting the export trade of iron ore in Goa since 1963, claims in a white paper that the country has lost around 25% of the state’s GDP since the suspension on mining was issued.

However, Judge Shah estimated that through illegal mining Goa had lost 127 million metric tonnes of iron ore, amounting to government losses of an estimated 349.4bn rupees ($6.3bn), although the time frame in which this occurred wasn’t specified.

These are both huge blows to the Goan economy. If not stopped, losses from illegal mining would have been ongoing, and therefore had to be addressed. However, there is a concern that the immediate effects of suspending mining are too great.

Bandekar is concerned that all mining companies have been forced to halt trade – even those operating legally – without the government putting in a proper economic strategy to deal with the fallout. "Even if mining has to be stopped in Goa for genuine reasons, it should be done so by carefully identifying the culprits and planning an alternate economic strategy over a period of time," he says. 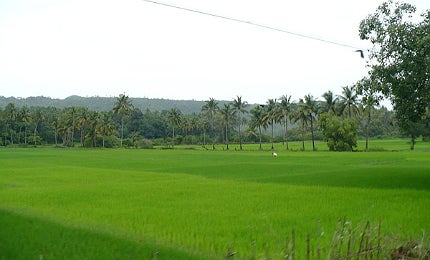 Many people have returned to working on the land

"Since the suspension, nearly 18,000 trucks and 360 barges have been gathering dust due to lack of business," said GMOEA, adding that "thousands of families are hard-pressed to manage even basic amenities such as food and clothing."

Sesa Goa’s London-based owner, Anil Agarwal, told The Hindu Business Line in February that the company has deferred ten to 15% of its managerial staff’s wages to save the company from folding. He added: "We have asked some employees, who don’t have regular work, to sit at home. They are not getting overtime or production incentives. There are huge uncertainties."

Agarwal is also worried that the industry may have lost its key importers: "It is very difficult, if not impossible, to get back the market, particularly sophisticated markets such as South Korea, Japan and Europe. It will be very difficult to supply to them from the first day," he said.

Bandekar agrees that restarting the industry will be a "Herculean" challenge.

"One cannot be sure whether by the time the mines are allowed to re-operate, the demand for such low grade iron ore produced in Goa will remain, as the Chinese buyers are already developing alternate supplies from other countries," he says.

GMOEA believes the ban will affect past progress: "Goa’s speedy development of the past decade will slow to a crawl, particularly in the mining belt," said the organisation.

However, surprisingly, it hasn’t been all negative news. Some of those reliant on the mining sector have returned to their former occupation as farmers. "There is a 30% increase in the demand for seeds in this belt, while the area under cultivation is also increasing rapidly," State Agriculture director Satish Tendulkar told Business Standard.

The Goa Foundation also says the ban on mining has brought: "An abrupt end [to] more than a decade of senseless extraction and looting which irreversibly brutalised the natural environment, destroyed the peace of village communities and damaged public health."

What next for Goa?

"Some of those reliant on the mining sector have returned to their former occupation as farmers."

NGOs and environmentalists will no doubt support this return to a more rural way of life, where the Goan land is nurtured rather than looted. However, this respite isn’t expected to last for long. Talking to a local publication on 14 March, chief minister Manohar Parrikar said he expected mining to resume soon, adding he has sent stamp duty notices of 16 mines deemed to be legal. He also promised to streamline the Mines Department, which had, under the last government, allowed people to mine for free for 20 years, he said. He added that no leases had yet been granted near wildlife areas.

Unsurprisingly, the move to restart mining in Goa is supported by many. GMOEA has said: "It is imperative to rescind the suspension and resume full mining operations in Goa so that the livelihoods of deprived families is restored, lost markets of miners are regained, the progress and development of Goa continues unhindered."

However, reforming and restarting the mining industry, if it can ever reach its former productivity, may only turn out to be a short-term solution. There are only expected to be enough reserves of low-grade iron ore left for seven to eight years of mining – has the last six months been a stark warning of what could happen in the near future if Goa doesn’t end its economic reliance on this commodity?

Many believe that, as well as reforming the industry, the country’s dependence on iron ore needs to be lightened and a new economic model considered.

"According to the mining industry themselves, the iron ore is expected to get depleted in six or seven years," Oscar Rebello, a well known Goan activist, told The National. "I don’t know what the alternative economic model is," he added.