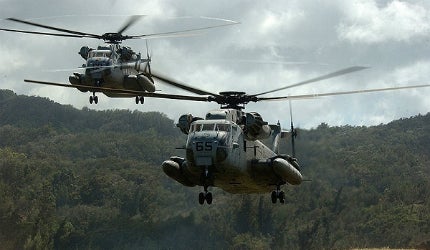 The last two years alone have seen bloody confrontations in many countries between indigenous communities and national security forces, notably in Ecuador and Peru, along with growing unrest across the region as anti-mining sentiments have found louder voices and, at times, more forceful advocates.

However, with South America now beginning to carve out a larger role on the world stage, the gradually improving security situation may be about to calm the fears of international mining enterprises and bring the investment needed to help exploit the continent’s vast mineral wealth.

Nevertheless, it is a slow process and the inter-relationship between security concerns and this emerging market remains a complex and convoluted one.

Mine protection: a legacy of conflicts

“As anti-mining protests have become more organised and mineral resources grow in importance to the economies of Latin America, countries have increasingly seized the security initiative to re-impose stability.”

Today’s conflicts essentially arise from three principal sources – endemic illegal mining, popular mistrust of multinationals and the lasting legacy of civil wars – though organised crime and other factors have also become entwined within the fabric of the problem.

In Peru, for instance, where around 60% of the economy is dependent on mining – and therefore on the activities of foreign-owned mining companies – great strides had been made to re-establish stability after the guerrilla wars and political see-sawing of the 1980s and early 90s.

The violent riots of 2011 against Bear Creek Mining Corporation’s plans to mine silver in Puno came as a stark reminder that although the ‘Shining Path’ rebels themselves may be a much reduced force, the spirit of popular rebellion – and their rejection of multinational corporations – still lingers.

Today, according to Peruvian economist Miguel Santillana, social conflict threatens the future of some 20 projects, involving 15 companies and with a combined value of $24bn.

The situation in Columbia is even more tangled. As better law enforcement has denied the armed insurgents of Fuerzas Armadas Revolucionarias de Colombia (FARC) their usual sources of funding from kidnapping and drugs, the left-wing rebels have increasingly become involved in illegal mining.

At the beginning of 2011, government sources say that FARC controlled 15 of the gold mines in the country’s Bolívar department, either extracting the metal themselves or exacting a ‘tax’ from the unlicensed mine workers, and using the profits to finance their cause. Remnants of their one-time right-wing paramilitary opponents have spawned criminal gangs which have likewise gone into mining.

While the security gains made in the war on drugs and terror have undeniably started to open up new areas for mineral exploration, they have clearly also had some unintended consequences.

International investment is, however, waiting in the wings. Jason Press, Citigroup’s regional specialist analyst, spoke of the growing interest in Brazil, Peru and Columbia on Bloomberg Surveillance in March, and according to the Columbian mining minister, it seems some of that interest is becoming concrete.

“With South America now beginning to carve out a larger role on the world stage, the gradually improving security situation may be about to calm the fears of international mining enterprises.”

Speaking in an interview for the Financial Times, Mauricio Cárdenas, described how his homeland had become a “very attractive country for mining capital” – particularly with the recent creation of a National Mining Agency to promote and regulate the industry.

Many commentators see such moves as crucial if companies are to feel comfortable about investing in a region currently rife with illegal mining – often on an industrial scale. Unlicensed miners in Peru’s Madre de Dios have been estimated to be extracting more than 16 tons of gold a year, with an estimated value of around $700m – a far cry from the popular image of the lone prospector scratching a living.

The violent clashes that ensued between miners and the security forces led to much soul-searching in Peru at the time about whether the army could legitimately be used against civilians, even if they are armed. Elsewhere, however, there has been less debate, and when national interests have been threatened, governments across Latin America have taken a tough approach. Bolivia’s President Morales has used troops in Santa Cruz to clamp down on illegal miners – many of them from Brazil and Paraguay – while in Brazil itself, a force of 8,700 is tasked with doing the same along the borders with Guyana, Venezuela, Suriname and French Guiana.

Whether it ultimately falls to the military or police to achieve it, there is wide agreement that stamping out illegal mining will play a big role in removing a major block on investment and help establish a secure future for the continent’s mineral markets.

Intervening against activism in Latin America

Anti-mining activism represents another significant risk for companies contemplating the region and according to a recent Bank of America report, one that is also having a significant adverse effect on investments in the sector. The report highlights the decline in investment in Peruvian mining during the first quarter of 2012 – down 5.6% on the same period of the previous year – with the spectre of growing community opposition evidently unsettling bondholders.

As anti-mining protests have become more organised and mineral resources grow in importance to the economies of Latin America, countries have increasingly seized the security initiative to re-impose stability. When escalating violent protest forced US-based Newmont to suspend work on the construction of its $4.8bn Minas Conga copper-gold project at the end of 2011, for instance, Peru’s President Humala declared a state of emergency in the region that stood for 60 days.

It was an approach repeated this May in the southern province of Espinar, as anti-mining protests – on this occasion against multinational company Xstrata’s Tintaya copper project – left two dead and more than 70 injured.

“Today, according to Peruvian economist Miguel Santillana, social conflict threatens the future of some 20 projects, involving 15 companies and with a combined value of $24bn.”

With similar interventions occurring in other countries too, the value afforded to enhancing security as a means of protecting individual national economies is clear, but it is also becoming apparent that this is assuming a far higher priority for Latin America as a whole.

At the Union of South American Nations (UNASUR) Defence Council meeting in November 2011, Secretary General María Emma Mejía told journalists that moves were afoot to coordinate South America’s defence structures and industries to ensure that the continent’s large mineral and hydrocarbon wealth could be properly defended.

While the concrete achievements in this direction to date may seem slight compared with European military co-operation, for example, it represents a new and unprecedented step for the region.

For the moment at least, the immediate thrust of any initiatives to address security concerns and help open up the region’s huge mineral wealth is likely to remain on a national level.

It is a complex issue, but if physical security gains on the ground can be matched with the regulatory infrastructure for investor security, at a time when the demand for minerals is reshaping international relations, it bodes well for Latin America.