Coal mining: What are the largest coal mines in the world?
Menu

Which are the biggest coal mines in the world?

The largest coal mine in the world by reserves is the North Antelope Rochelle coal mine in the Powder River Basin of Wyoming, US. The mine was estimated to contain more than 1.7 billion tonnes of recoverable coal as of December 2018.

Owned and operated by Peabody Energy, North Antelope is a surface mining operation with the sedimentary coal deposit mined at three pits. It consists of two mines, namely North Antelope, which was opened in 1983, and Rochelle, which commenced production in 1985. The two mines were combined into a single operation in 1999.

North Antelope Rochelle produced 98.4 million tonnes (Mt) of thermal coal in 2018, compared to 101.5Mt in 2017. The mine is believed to produce the cleanest coal in the US, with the coal quality averaging at 8,800 British thermal units per pound (Btu/lb) and sulphur content as low as 0.2%.

The Haerwusu Coal Mine in the Inner Mongolia Autonomous Region of China has the second largest coal reserves of more than 1.6 billion tonnes recoverable, also making it the biggest open-cast coal mine in China.

Owned and operated by China’s state-run Shenhua Group, the mine is spread across 67km² in the middle of the Zhungeer Coalfield. Its development cost was approximately $1.1bn, while first coal was produced in October 2008.

The mine’s annual output is estimated to be 20Mt of crude coal and reserve life is more than 70 years.

The Hei Dai Gou or Heidaigou, an open-pit coal mine also located in the middle of Zhungeer coal field in the Inner Mongolia Autonomous Region of China, is estimated to contain 1.5 billion tonnes of recoverable coal reserves.

The mine is located 150km south-west of the Ordos city and has a planned mining area covering 42km². Shenhua Group is the owner and operator of the mine.

Hei Dai Gou has been in production since 1999 and is China’s first coal mine to use AC-powered Walking Dragline. It produces low-sulphur and low-phosphorus coal. The designed annual raw coal output of the mine is up to 31Mt.

The Raspadskaya mine in the Kemerovo region of the Russian Federation is the biggest coal mine in Russia. Raspadskaya’s proved and probable coal reserves were estimated to be 1.34 billion tonnes as of December 2018. 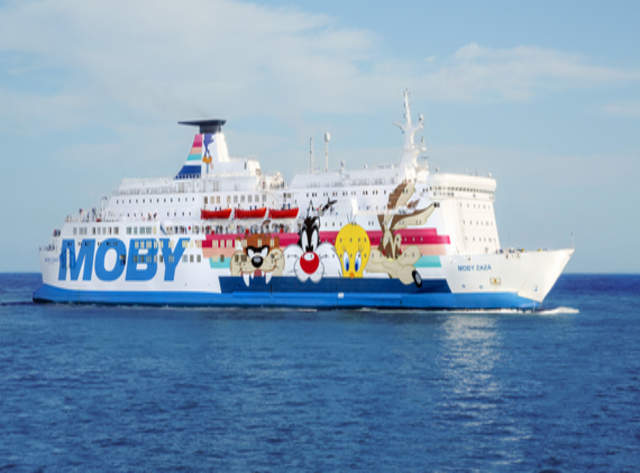 The Raspadskaya mining operation consists of two underground mines, namely Raspadskaya and MUK-96, and one open-pit mine called Razrez Raspadsky. Coal Company Raspadskaya is the owner and operator of the mine.

The Moatize coal mine located in the Tete Province of Mozambique has estimated recoverable coal reserves of 985.7Mt (194.8Mt proven and 791Mt probable) as of December 2018.

The operator of Moatize is the Brazilian mining company Vale, which holds an 80.75% interest in the mine. The remaining interests are held by Mitsui (14.25%) and Empresa Mocambicana de Exploracao Mineria (5%).

Moatize is Vale’s first Greenfield project in Africa. The concession to build and operate the mine was granted in 2006. The open-pit coal mine commenced operations in August 2011. The mine produced 11.5Mt of coal, including 6.1Mt of metallurgical coal and 5.4Mt of thermal coal. Vale plans to ramp up the annual production capacity of the mine to 22Mt.

The Black Thunder coal mine in the Powder River Basin, Wyoming, US, is a surface mine spread across 35,700 acres. Owned and operated by Arch Coal, it was estimated to contain 816.5Mt of recoverable coal reserves as of December 2018.

Black Thunder produced 71.1Mt of raw coal in 2018, compared to 70.5Mt in 2017. The coal produced by the mine is shipped to the customers via the Burlington Northern Santa Fe and Union Pacific railroads.

Peak Downs coal mine in the Bowen Basin of central Queensland, Australia, was estimated to hold 718Mt of recoverable coal reserves as of June 2019.

Peak Downs is one of the seven Bowen Basin mines owned and operated by BHP Billiton Mitsubishi Alliance (BMA). It is an open-cut mine using dragline and truck/shovel fleets for overburden removal.

It started production in 1972 and produced more than 11.8Mt of metallurgical coal in the year ending 30 June 2019. The coal output of the mine is sent by rail to the Hay Point Coal Terminal near Mackay, for shipping.

The Mt Arthur coal mine located in the Hunter Valley region of New South Wales, Australia, had recoverable coal reserves of 591Mt (292Mt proven and 299Mt probable) as of June 2019.

Mt Arthur coal mine produces thermal coal for local and international customers in the energy sector. Its annual coal production is more than 18Mt. The estimated reserve life of the mine is 35 years.

The Goonyella Riverside mine located in the Bowen Basin of central Queensland, Australia, has estimated recoverable coal reserves of 549Mt (530Mt proven and 19Mt probable) as of June 2029.

The open-pit coal mine is owned and operated by BHP Billiton Mitsubishi Alliance (BMA). The Goonyella mine, which commenced production in 1971, was merged with the adjacent Riverside mine in 1989.

The Saraji coal mine, also located in the Bowen Basin of central Queensland, Australia, was estimated to contain 502Mt of recoverable coal reserves (442Mt proven and 60Mt probable) as of June 2019.

Owned and operated by BHP Billiton Mitsubishi Alliance (BMA), the open-pit coal mine has been producing since 1974.

The Saraji coal mine produced 9.7Mt of metallurgical coal in the year ending 30 June 2019, compared to 10.1Mt in the previous year.