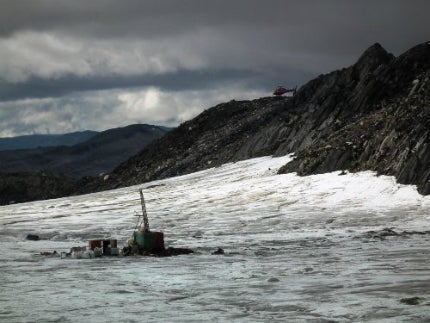 The second stage of the project is expected to increase capacity from 4.2 million tonnes per annum (mtpa) to 4.8 mtpa.

The expansion will also address infrastructure constraints, by increasing road and port capacity to 5.9 mtpa, creating 1.1 million tonnes of latent capacity for expansions in the future.

Mining major Rio Tinto has opened the $2bn extension of its Kestrel coal mine in central Queensland, Australia.

The Kestrel mine is situated 40km north-east of Emerald and is the company’s only underground coal operation.

The extension is expected to add 20 years to the life of the mine and increase hard coking coal production to about six million tonnes per year.

Consol Energy has agreed to sell all five of its longwall coal mines in West Virginia to a subsidiary of Murray Energy for $3.5bn.

The mines being sold under the deal include McElroy mine, Shoemaker mine, Robinson Run mine, Loveridge mine and Blacksville No. 2 mine.

The mines, which are being operated as Consol Energy’s Consolidation Coal Company (CCC) subsidiary, produced 28.5 million tonnes of thermal coal in 2012.

Firestone increases diamond values at Liqhobong mine in South Africa

UK-based mining and exploration firm Firestone Diamonds has increased the diamond value at its Liqhobong mine in Lesotho, South Africa.

The company improved its diamond valuation following the release of a report prepared by an independent mineral resources consultant, which analysed production at the mine during the past 22 months.

The base average diamond price, excluding potential large stones, is now expected to reach $107 per carat, compared to the previous value of $98 per carat.

The former Uk Coal mining company has been fined £200,000 after admitting a catalogue of serious safety failings, which led to the death of a miner at Kellingley Colliery in 2011.

Gerry Gibson was killed when 15 tonnes of rock forming a section of roof collapsed underground at Kellingley Colliery in 2011.

The incident, which took place on 27 September 2011, happened just six days after a similar roof fall in the mine, with the same powered roof support in operation.

Five of the UK’s top banks have come under fire, for funding the Indonesian coal boom, which campaigners say is destroying the environment and threatening communities in Borneo, according to a new report by the World Development Movement.

The report revealed that HSBC, Barclays, Standard Chartered, the Royal Bank of Scotland and Lloyds have lent more money than banks from other countries for Indonesian coal since 2009.

According to the report, 83% of coal extracted in Borneo is mined by firms partly funded by UK banks.

Located 150km north-east of Nuuk in Greenland, the mine is expected to produce 15 million tonnes of iron pellet feed concentrate per year.

The company said the ore concentrate could be shipped year round from a dedicated deep water port.

London Mining has completed detailed environmental and social impact assessments, which have been subject to public consultation as part of the permitting process.

Exploration and development firm Pangolin Diamonds has discovered what it claims to be one of the largest kimberlite pipes in the world at its Tsabong North project, in Botswana.

The new discovery stems from the company’s findings earlier in 2013 of two kimberlites, Magi-01 and Magi-02, at the project.