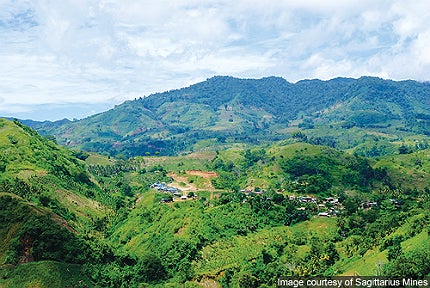 BHP Billiton has approved a total investment of $2.6bn for the expansion of facilities at the Escondida copper mine in Chile.

The investment will be used to replace the Los Colorados concentrator with a new 152,000t per-day plant and allow access to higher grade ore located underneath the existing facilities.

The project will cost $3.8bn and Rio Tinto will contribute $1.2bn in funding.

Peabody plans expansion of Wilpinjong coal mine in Australia

The Wilpinjong coal mine is located approximately 40km north-east of Mudgee and 10km south-east of the Ulan mine.

The Government of Mongolia expects the $5.1bn expansion of the Oyu Tolgoi copper and gold mine to be funded from the mine’s cash flow, until the issue of cost overruns has been resolved between the government and Rio Tinto.

Due to the surging costs at the mine, the government’s debt to Rio Tinto’s Turquoise Hill Resources subsidiary has been increasing, Minister of Mining Davaajav Gankhuyag was quoted as saying by Bloomberg Businessweek.

In a letter to Rio Tinto, the minister said: “Until the project financing is resolved I think it is proper to continue the underground mine with revenues from concentrate.”

Mining major Rio Tinto expects decreased production and job cuts at its Mount Thorley Warkworth coal mine in eastern Australia, irrespective of its appeal to overturn a court verdict to block the mine’s expansion.

Glencore Xstrata, the world’s largest exporter of coal for power stations, has written down the value of assets inherited from Xstrata by $7.7bn, reflecting challenging conditions in the mining sector.

The company saw tough trading conditions during the first half of 2013 as a result of a steep drop in commodity prices and demand for industrial metals in China.

BHP fails to divest Gregory Crinum coal mine in Australia

Australian multinational mining giant BHP Billiton has failed to find a buyer for its unprofitable Gregory Crinum coal project in Australia and decided not to divest.

Gregory Crinum coking coal mine is located 60km north-east of the rural centre of Emerald and 375km north-west of Gladstone, and comprises of the Gregory open-cut operations and Crinum underground mine.

The open-cut mine is jointly owned by BHP and Japanese conglomerate Mitsubishi.

In February, the company undertook a review process for the mine that included the option to sell.

Glencore Xstrata to axe 900 jobs at Tampakan mine in Philippines

Glencore Xstrata, the world’s largest exporter of coal for power stations, plans to cut around 900 mining jobs and reduce monthly expenditure at its $5.9bn Tampakan copper-gold mine in the Philippines.

The Tampakan copper gold mine is located in the southern Philippines province of South Cotaba, about 50km north of General Santos City on the island of Mindanao.

The Government of Mongolia