The global mining industry noticed a 21.5% rise in IT hiring activity in February 2021 over the previous month, led by Anglo American’s 23.79% share, according to GlobalData’s Jobs Analytics database.

Noticeably, IT jobs accounted for a 3.09% share of the global mining industry’s hiring activity in February 2021, up 0.1% over the last three-month average share.

According to GlobalData, IT job opportunities available at the end of February 2021 were 2.52% higher compared with the previous month. 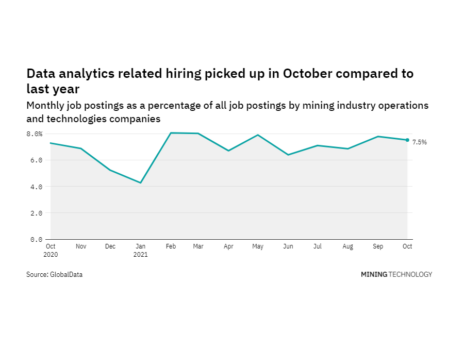 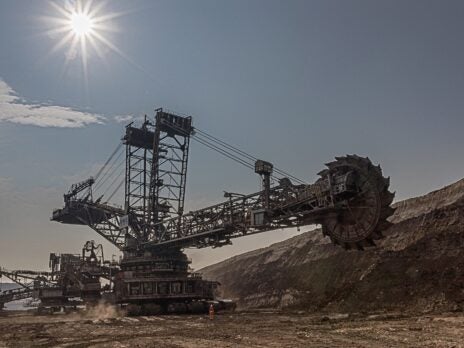 The increase was a result of 3.33% lower job postings as compared to job closures during the month.

The top five companies, in terms of number of jobs as tracked by GlobalData, accounted for a combined average increase of 49.4% share in the overall IT recruitment activity of global mining industry during February 2021 over January 2021.

Anglo American posted 59 IT jobs in February 2021 and registered a rise of 63.89% over the previous month, followed by ThyssenKrupp with 30 jobs and a 9.09% decline. RTI International Metals with 13 IT jobs and Rio Tinto with 12 jobs, recorded a 160% increase and a 33.33% growth, respectively, while BHP recorded a flat growth with 10 job postings during February 2021.

North America emerged as the leading region in the global mining IT hiring activity in February 2021 with a 35.08% share, which marked a 27.94% growth over the previous month.

In the fourth place was Middle East & Africa with a share of 4.84% and a month-on-month drop of 20%. South & Central America stood at the bottom of the table with a share of 4.44%, registering an 8.33% drop over the previous month.