LIGHTNIN, an SPX brand, is a major supplier of process equipment. LIGHTNIN has over 85 years of experience in superior processing technology, and was the first to use computational fluid dynamics (CFD). The laboratory allows the company to optimize a customer’s process, from pilot to full-scale testing. The benefits for the customer are lower production costs and greater output, resulting in higher profits.

Pressure oxidation was developed for processing refractory ores where gold is occluded in the sulfide minerals, typically pyrite or arsenopryrite. Autoclaves have also been recently started up on gold, nickel and copper duties, to name a few.

LIGHTNIN has a thorough understanding of how to scale-up pilot information to full-scale installations, all while ensuring optimum process.

Traditional designs utilize A315, A200 and R100 impellers. New designs show the benefit of a new mixing arrangement for horizontal autoclaves. This arrangement uses up-pumping A340 impellers to maximize effective mixing / solid suspension, to maximize mass transfer stage efficiency, and to incorporate air from the headspace, thus eliminating the need for expensive blowers and/or compressors.

Carbon-in-pulp (CIP) is the sequential leach then absorption of gold from ore. During the CIP stage, pulp flows through several agitated tanks where sodium cyanide and oxygen have been added to dissolve gold into solution.

The LIGHTNIN laser-designed A310 and A510 impellers on a 70 Series mixer are unsurpassed for applications where high mixing intensity and low shear are required, making it an ideal choice for CIP / CIL applications. In leach tanks, where complete pulp and gas distribution are necessary to dissolve gold into solution, the A310 and A510 delivers the high mixing intensity needed for the job.

The model C200 circulator impeller achieves design flow against draft tube head requirements with minimum power and wear. These impellers are driven by the 70/80 and 700/800 mixer series.

LIGHTNIN mixer settler systems are custom engineered to maximize the efficiency of customers’ solvent extraction processes. By working with a company that understands mixing, customers will enjoy improved mass transfer, increased mixing efficiency and reduced entrainment levels when compared with the industry standard.

LIGHTNIN leads the way with the R320 family of impellers for the pump miser and up pumping; A510 or A6000 for the secondary mixers. These units are normally driven by Series 10 and 70 Series mixers.

The biological / bacterial oxidation process is a natural alternative to pressure oxidation for process ores containing sulfides. Bacteria oxidize and break down the sulfide minerals, freeing the occluded metal and making it more amenable to leaching. With the LIGHTNIN A315 and A320 impellers, a customer can get up to 30% greater mass transfer than radial flow Rushton turbines at identical power levels and gas rates.

Ground-up rock slurry is mixed with sulfuric acid and recycled phosphoric acid in either a series of ‘attack tanks’ or in larger volume tanks with draft tube mixers. A mixer must not only suspend phosphoric rock and blend acids; it must also create sufficient velocity to discourage gypsum, a by-product, from building up on the tank walls. 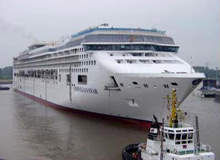 Golden Star (Wassa) (GSWL), a subsidiary of Golden Star, owns and operates the Wassa gold mine in south-west Ghana. Golden Star holds a 90% interest in GSWL, while the Ghanaian Government holds the remaining 10% ownership earning a 5% royalty on the gross revenue of GSWL's gold production.