GPS / GNSS Satellite Solutions to Monitor Deformation at Mine Sites 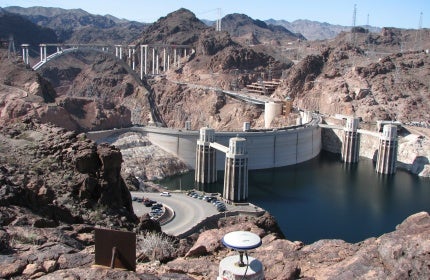 The company continually develops systems to effectively address real-world monitoring problems in industry such as mine site planning at surface and open pit operations. Past solutions have been implemented via the company’s:

Orion’s software incorporates both kinematic and static GNSS processing in single and dual frequency versions in independent and combined implementations to address the full range of displacement monitoring regimes.

Orion’s roots are in the development of GPS methods for plate tectonic monitoring, but the company’s initial focus was on the application of real-time kinematic (RTK) GPS to monitor the response of long-period structures to seismic events.

The company then returned to its work on crustal deformation monitoring to implement a system featuring static L1 GPS processing, creating a cost-effective solution to monitor slow-developing deformation. These systems are particularly suitable for dam and slope stability applications in the mining industry.

Orion offers high-precision satellite surveying services, a technology verging on a new age due to the modernisation of existing GPS and GLONASS satellite systems and the ascendance of new constellations in Beidou and Galileo.

Continued expansion in GNSS board development will continue to decrease pricing, allowing Orion to extend cost-savings and increase network station density for its customers.

In preparation for the coming improvements, Orion has reset its system designs by:

With networks deployed across five continents for over 15 years, Orion continues to provide the most adaptable, cost-effective, GNSS-enabled displacement monitoring solutions to industrial clients.