Northaul Haulage and Logistics Services for the Mining Industry

Northaul is a Western Australian haulage firm that has been servicing the mining industry since its inception in late 2006.

The creation of managing director Leigh Italiano, Northaul was born after Leigh had built up years of experience at another Port Hedland transport provider.

Initially setting up the business with two trucks and seven trailers, he has watched the business grow steadily as mining and construction have flourished in Pilbara.

Northaul has expanded its fleet to incorporate ten company trucks as well as a range of side-tipping, general freight, machinery and a range of small earthmoving equipment.

With demand continuing to grow, the company also frequently uses sub-contractor and haulier vehicles to ensure that no mining haulage task is too big.

Haulage for processed ore and other mined raw materials

While specialising in the supply and delivery of aggregate and sand products, Northaul is also experienced in hauling processed ore and other mined raw materials.

Northaul has tapped into the booming mining activity in Pilbara – a region that’s vital to the national economy as the demand for iron ore and gas continues to soar.

General freight is also accepted and Northaul is happy to supply storage, transport and logistics services to shipping companies.

The company has established a varied customer base, with clients including private individuals, government departments such as Main Roads Western Australia (MRWA) and multi-national companies such as gravel and sand supplier Holcim.

Mining companies make up a large proportion of this customer database, with Northaul having successfully undertaken many large-scale projects.

Having worked with Newcrest Mining on the lucrative Telfer gold and copper mine venture, Northaul provided services for CITIC Pacific Mining during the Sino Iron project in Cape Preston – the largest magnetite mining and processing operation under construction in Australia.

Northaul has established itself and has proved to be a reliable source for haulage of bulk materials and a successful provider of all transport and logistical requirements within the region. 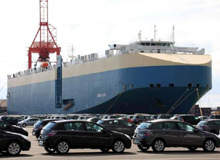 The Dalgaranga Gold Project is located approximately 70km north-west of Mt Magnet, within the Murchison gold mining district in Western Australia. The project will involve the development of the brownfield Gilbeys deposit and the greenfield Golden Wings deposit. 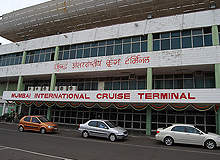