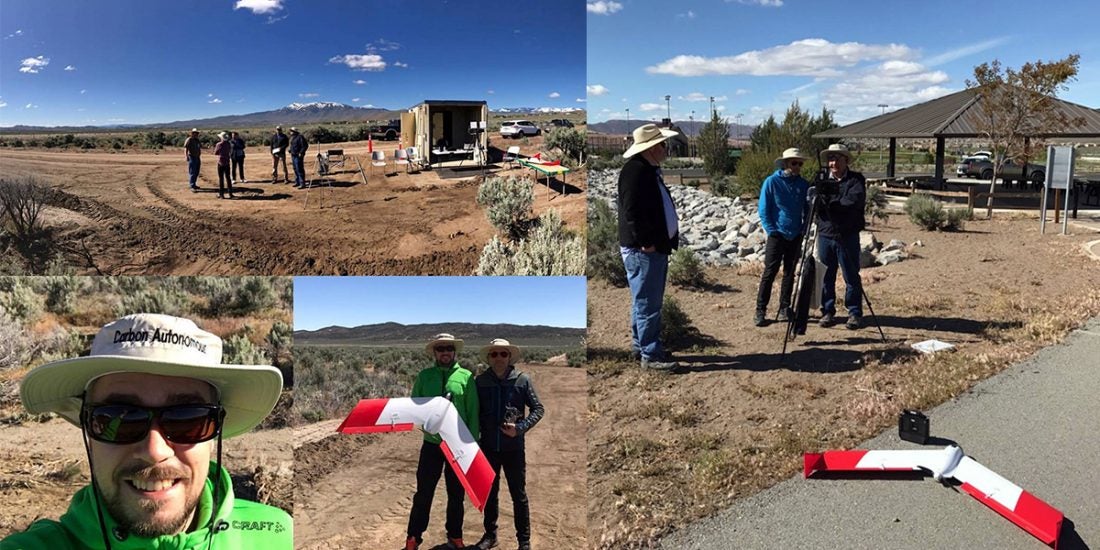 We are really proud and happy that our fixed-wing UAV Freya did so well during tests conducted by Nasa at Reno. Our partner Carbon Autonomous Systems was instrumental in the success of the tests.

As mentioned in the Nasa press release: "The three-week campaign, known as Technology Capability Level 2 (TCL2) National Campaign, began 9 May and is focused on flying small drones beyond the pilot’s visual line-of-sight over sparsely populated areas near six of the US Federal Aviation Administration (FAA) test sites."

The tests are one step in the process of securing the use of drones in areas where they could interfere with commercial air traffic. Successful implementation paves the way for applications such as product delivery and infrastructure inspection beyond visual line of site of the operator.

One main hazard of drone flying is of course that people and material run the risk of getting hurt or damaged if a drone fails in the air and crash to the ground. To minimize risk and mitigate impact of drone failure, the drone needs to be reliable and of low weight.

We do believe that Freya did so well in the Nasa tests because of its reliability. Freya can stay in the air even in tough weather conditions and it is flexible enough to be used in many different types of missions. For us at SmartPlanes, operational availability is key.

We are looking forward to the next step in the evolution of drone use.

Looking at the drone industry today, there is an obvious trend towards multi-rotors being used...

SmartPlanes is to showcase its solutions at Intergeo in Berlin, Germany.The three-day event takes place...

Modern Drone Technology Can Take Your Business to New Heights

Unmanned aerial systems (UASs) are catching on and gaining momentum in several industries all over...

When disaster strikes, and a person, or several, gets lost while exposed to life threatening...