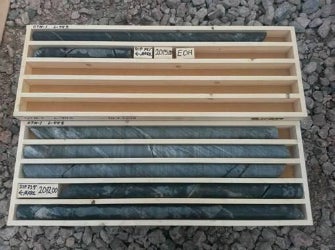 Finnish energy company ST1 is developing a geothermal project in Espoo, southern Finland. A significant milestone was achieved on 10 July, when KATI Oy completed a core drilling hole depth of 2,015m. This is the deepest core drilling hole ever drilled by KATI.

The goal of this phase was to produce information for drilling the actual production holes, which are meant to be as deep as 7 kilometres. Provided that analysis of recently drilled core will be positive, the production holes will be drilled during years 2016-2017.

Drilling the 2km deep sounding hole was successful in solid and very hard rock. Even though the hole reached a record-breaking depth, it was completed ahead of planned schedule.

The drilling rig, developed and constructed by KATI, performed very well without any technical issues.

KATI used a closed system to recirculate drilling mud and clean it, which met the requirements given by the urban environment.The tens of millions of old core drilled from the hole, as well as the sounding hole itself, will be of interest for several parties and will serve as a source for scientific research.

Finnish energy company ST1 is developing a geothermal project in Espoo, Southern Finland, and chose KATI as their cooperation partner.