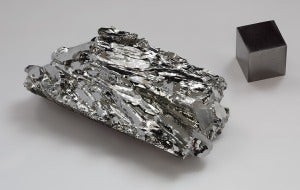 WorleyParsons has received a contract to provide engineering, procurement and construction management services (EPCM) for the Tsagaan Suvarga copper-molybdenum concentrator project, Mongolia. The contract, awarded by Mongolyn Alt (MAK) Corp, is expected to generate $67m in revenue.The Tsagaan Suvarga project is located in Southern Mongolia and will include a 14.6 million tonne per annum copper-molybdenum concentrator and associated infrastructure, including a 280km power line. WorleyParsons chief executive officer John Grill said since the company has recently opened an office in Ulaanbaatar, it is committed to securing a long-term presence in Mongolia."The Tsagaan Suvarga EPCM contract award supports this strategy," said Grill.Work will be delivered from WorleyParson’s office in Brisbane, Australia, with support from other WorleyParsons offices in China and Ulaanbaatar, Mongolia. Image: The copper-molybdenum mine contract awarded to WorleyParsons is expected to generate $67m in revenue.