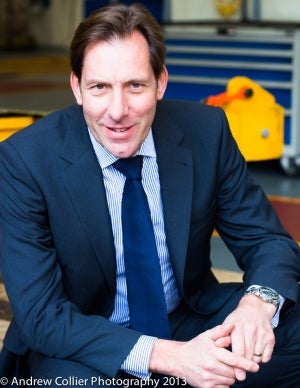 Weir Minerals Europe, a manufacturer of equipment for the mining, minerals processing and other industrial markets, has won the UK Government’s prestigious Queen’s Award for Enterprise for the second time.

The award has been granted in recognition of the significant growth the company has achieved in international trade during the past six years.

The company generates around 90% of its revenues from international sales and has customers spread in over 20 countries, including many of the world’s major mining and industrial companies.

As part of its recent efforts to develop its relationships with its customers across Europe, Weir Minerals has invested heavily in its service presence by launching new service centres in Germany, Benelux, Scandinavia, Ukraine, Hungary, Spain, Turkey and Poland.

It also upgraded its production facilities at the Todmorden site, which dates back to 1893, to raise capacity, improve efficiency, reduce lead time to customers, as well as create new employment opportunities.

Weir Minerals Europe managing director Tony Locke said that the Queen’s Award is a stamp of excellence recognised not only in the country, but also internationally.

"A combination of hard work, technical expertise and the ability to adapt to changing market conditions has allowed us to continue to build our international presence and become a supplier of choice for customers in every territory and sector in which we operate," Locke said

Weir Minerals Europe is a subsidiary of The Weir Group, a global provider of engineering solutions to the minerals, oil and gas and power sectors.

The business has presence in over 70 countries, with over 14,000 employees across the world working in three divisions; minerals, oil and gas, and power and industrial.