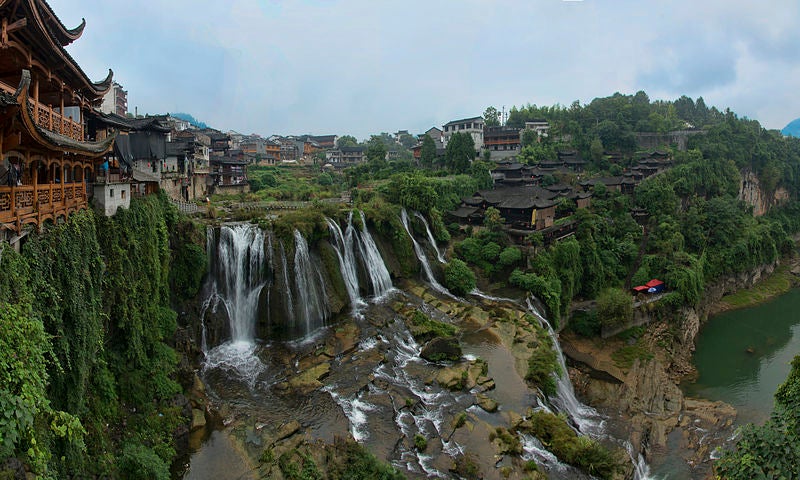 Unregulated coal mining has led to a series of cave-ins, creating more than 20 crater-like pits in Fukou, a county in the Hunan province of China.

Initial reports say "reckless" mining activities in the area have affected the underground water system and triggered cave-ins in farmlands and riverbanks since August 2012, affecting around 4,000 residents.

Besides blocking water supply to the local residents and 33ha of farmfields, the cave-ins have cracked the walls of more than 20 houses, forcing two families to evacuate, reports the China News Service .

A preliminary investigation by the Provincial Bureau of Geology and Mineral Exploration found that over the last few years, coal-mining has not only changed the landscape but also damaged the drainage system of the underground springs and rivers in the two villages, ultimately causing the karst caves to collapse.

Lianyuan city and Fukou County have also sent out a team to look into the situation and warning signs have been placed around the craters.

In recent years, unregulated mining has caused hundreds of cave-ins in China. In February 2012, about 700 cave-ins were reported in the town of Yuejiaqiao in Hunan, which affected around 1,200 residents.