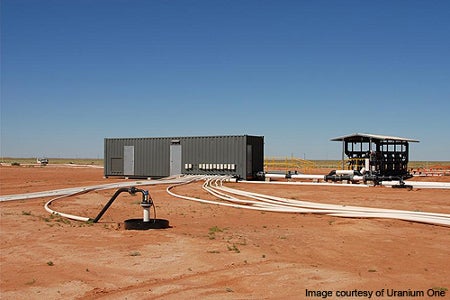 Following the completion of the transaction, Uranium One, in which ARMZ currently owns 51.4% stake, would turn private.

The board of directors of Uranium One unanimously approved the deal after an independent committee comprising independent directors recommended the transaction.

"We recommend that shareholders vote in favour of the Plan of Arrangement at the special meeting of shareholders that will be called to approve the transaction," Williamson said.

ARMZ board chairman Vadim Jivov said that despite the uranium industry’s currently challenging outlook, ARMZ will continue with its strategy of developing Uranium One into a leading global uranium producer, which was the basis of its original investment in the company.

The transaction is subject to a shareholder approval vote, which is scheduled to be held in March this year, as well as regulatory approvals and other closing conditions.

The deal is expected to be completed in the second quarter of fiscal 2013.

Uranium One owns assets in Kazakhstan, US and Australia, and operates the Mkuju River project in Tanzania.

Base Metals Mining in Russia to 2020