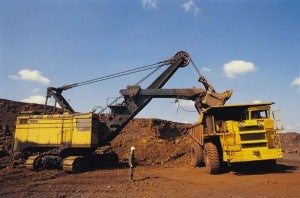 Mineral resources company Punchline Resources has signed an option agreement to acquire a 70% stake in the Winnemucca Mountain Property in Humboldt County, Nevada, US.

The advanced gold exploration and development project encompasses 72 unpatented mineral claims over an area of 560ha, located close to Newmont’s Lone Tree Gold Mine and Sleeper Gold Mine.

"We look forward to quickly establishing the next phase of exploration and development at Winnemucca and intend to proceed with additional mapping, sampling, and drilling as soon as possible," Savji added.

Gold mineralisation discovered by Sante Fe in 1998 was centred at the Swordfish zone with 13.7m containing 3.9g/t gold.