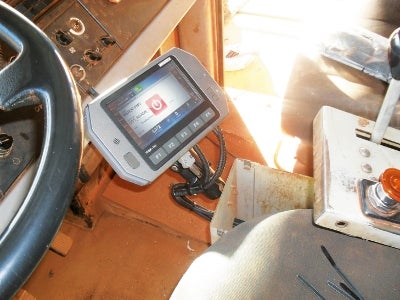 Micromine, a provider of software solutions and services to the mining and exploration industry, has completed the first stage of the Pitram Automated Data Collection project at Diavik diamond mine in Canada.

Diavik diamond mine, a joint venture between Rio Tinto and Dominion Diamond, is located on the 20km² East Island in Lac de Gras, approximately 300km north-east of Yellowknife, the capital of Canada’s Northwest Territories.

The project’s aims are to monitor the loading cycle of haul trucks used in the underground operations and to enhance communication between haul truck operators and the Pitram control room, so that the load tonnage captured by the LoadMan weight-cell system is reported accurately in Pitram.

The accurate reporting capabilities and enhanced communication will boost the productivity of the mine while also minimising costs and boosting safety.

During the first phase, automated data capture capabilities have been added to the mine’s existing Pitram solution.

Four truck cabins have been installed with Pitram touch-screen computer units, which were then integrated with LoadMan weightometres.

"The accurate reporting capabilities and enhanced communication will boost the productivity of the mine while also minimising costs and boosting safety."

LoadMan is a weight-cell system that captures the weight of material on a truck at the start and end of the load-dump cycle.

During the next phase, which will be completed in the second half of 2013, Pitram’s automated data capture capabilities will be extended to the overall hauling fleet.

As a mine control and management reporting solution, Pitram records, manages and processes mine site data related to equipment, locations, personnel and materials in real time. It also provides the management team with a complete view of mining operations.

Pitram was first implemented in Diavik mine in 2007.

Pitram System North America specialist Josh Carroll said that the solution will assure that every mine site will be provided access to an application that is relevant to its specific requirements, stage of mine life and budget.

Upon completion of both stage one and two, the project is expected to significantly lower radio calls made between the mobile fleet and the Pitram Control room, which in turn will reduce the overall radio traffic and boost the dispatcher’s productivity.

The mine currently contains an estimated 20 million tonnes of ore reserves and has a life expectancy of 16 to 22 years.

Image: Pitram touch-screen computer units have been installed in four truck cabins, and integrated with LoadMan. Photo: courtesy of Micromine.