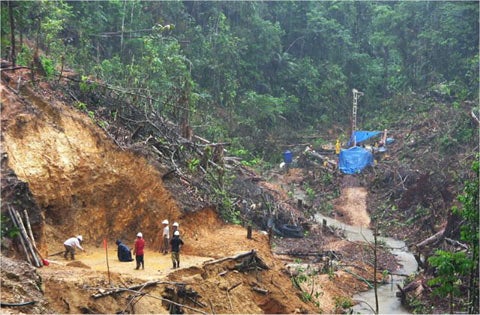 Petaquilla Minerals’ board of directors unanimously rejected the bid calling it an "undervalued offer" and asked its shareholders to reject any offers from Inmet and withdraw any previously tendered shares.

Inmet Mining had bid to purchase all outstanding common shares of Petaquilla at a conditional price 0.0109 Inmet shares and $0.001 in cash.

Petaquilla Executive chairman Richard Fifer noted that after careful consideration, Inmet’s bid was found to offer a reduced value for Petaquilla shares and provides "no assurance to the company’s shareholders".

"Petaquilla Minerals’ board of directors unanimously rejected the bid calling it an "undervalued offer".

Petaquilla owns and operates the Molejon Gold Project located in the Colon Province of south central Panama, which began commercial gold and silver production in January 2010.

A directors’ circular, filed with the Canadian and US securities regulatory authorities, comprises all reasons for the rejection and is being circulated to the shareholders in Petaquilla.

Image: Petaquilla’s Molejon Gold mine will continue to operate under its ownership. Photo: courtesy of Petaquilla Minerals Ltd.