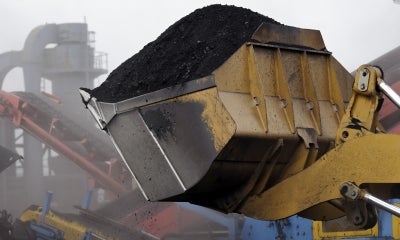 Homeland Mining & Energy SA (HMESA), a wholly owned subsidiary of GMR Group, has announced that it will sell its 50% equity holding in Tsheda Mining Resource, which holds the license for development of the Eloff mines in Mpumalanga Province, South Africa.

The company is divesting the stake in favour of its existing Black Economic Empowerment (BEE) partner who already holds the remaining interest.

The Tsheda stake sale follows a feasibility study that indicates quality of coal from the Eloff mine to be adequate for the state-owned utility, Eskom or for exports to India, as reported in the Business Standard.

While an initial payment has reportedly been made, the remaining amount would be paid following statutory approvals from regulatory agencies, according to the paper.

HMESA has also entered into an agreement for sale of its entire shareholding in Ferret Coal, which operates the existing Kendal mine and sells coal in the domestic market.

The Ferrat stake sale is subject to statutory approvals and consent of the parent HEG shareholders.

GMR Group has sold some assets in the recent past including its entire 70% stake in a Singapore-based power project and 74% stake in a highway project in India to reduce its exposure to debt.

Image: A feasibility study that indicates quality of coal from the Eloff mine to be adequate for exports to India. Image courtesy of FreeDigitalPhotos.net.