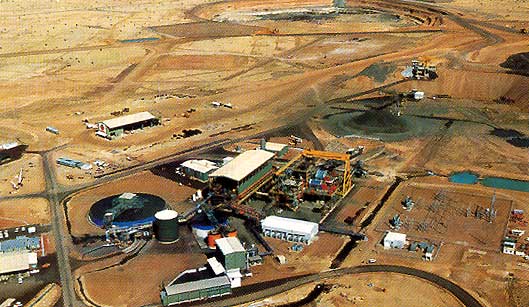 Glencore Xstrata, the world’s largest exporter of coal for power stations, will stop magnetite iron ore production at its Ernest Henry mine in Australia from August due to adverse market conditions.

The mine, which has been producing magnetite since mid-2011, will be put under care and maintenance starting the middle of next month.

An Ernest Henry mine spokeswoman told Reuters that magnetite production at the site cannot be continued under the current market conditions.

"Falling revenue, increasing production costs and ongoing high logistics costs in getting our product from mine to market have eroded the margins in this business," the spokeswoman said.

With the drop in iron ore, coal and gold prices, several Australian mining companies have been pushed to take cost reduction programmes across their operations in an effort to stay afloat.

Across the world, the prices of iron ore have seen a 30% dip over the last two years.

Glencore Xstrata spokesman Steve De Krujff was quoted by ABC News as saying: "We’ve seen an erosion of the price of iron ore which has got to a point where we’re now in negative margins and we can’t make the magnetite production profile that we have make any money."

"Across the world, the prices of iron ore have seen a 30% dip over the last two years."

In fiscal 2012, the mine generated approximately 500,000t of magnetite concentrate.

Meanwhile, the firm has officially launched the sale process for its Las Bambas copper mine in Peru that is estimated to be worth around $5bn.

It has appointed two investment banks, BMO Capital Markets and Credit Suisse Securities (Europe) to advise on the sale.

Glencore Xstrata claimed that it has received several expressions of interest from global mining firms for the copper project.

The company requires to sell this asset to meet the condition of the Chinese regulatory authorities in order to receive approval for the merger of Glencore and Xstrata.