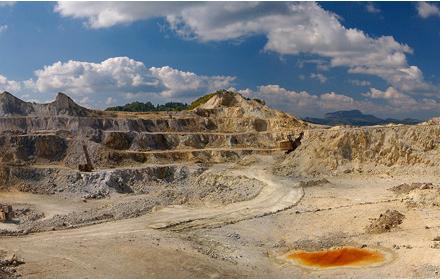 Canada-based Gabriel Resources has secured approval from the Romanian Government to open the Rosia Montana Project, which is Europe’s biggest gold mine project.

The proposed law, if adopted by parliament, will set the framework to significantly advance development of the Rosia Montana mine and other mining projects in the country.

The draft law has been passed on certain measures related to the exploitation of the gold-silver deposits from Rosia Montana as well as stimulation and facilitation of mining development in the country.

The state-run gold mine is owned by Gabriel’s local unit Rosia Montana Gold (RMGC), in which the government currently owns a 20% stake. This will rise to 25% by the time construction commences.

The 14-year-old Rosia Montana project has been waiting an important environmental permit for many years.

Romania Prime Minister Victor Ponta was quoted by Reuters as saying that the mine was an economic priority and that he anticipates that draft law would receive approval in parliament’s next session, which starts in September.

The project is expected to generate around 2, 300 jobs during the construction phase and additional 900 in the operational phase.

Image: Cetate open pit at Rosia Montana, which operated from 1971 until 2006. Photo:Gabriel Resources .