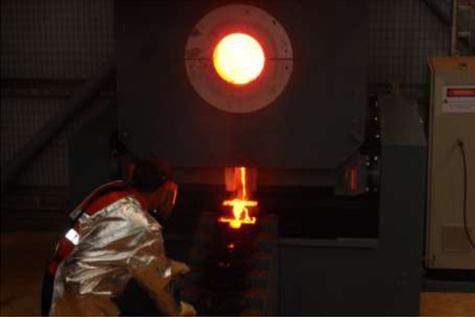 Endeavour Mining has completed the first gold pour at its Agbaou mine in Côte d’Ivoire, West Africa.

The pouring of the first gold bar from the Carbon In Leach/Gravity gold circuits at the mine comes ahead of the original construction schedule of the first quarter of 2014.

The company said the first gold pour had demonstrated that the mine is well into the commissioning phase, with ore reclaim, milling, CIL, Knelson concentrator, Gekko intensive leach reactor, cyanide detoxification and tailings areas all fully commissioned.

Endeavour Mining chief executive officer Neil Woodyer said the company’s project team has taken a feasibility study and grassroots site and built the Agbaou mine in only 16 months.

"Agbaou is on schedule for achieving full commercial production shortly, and at approximately $800 per ounce all-in sustaining costs, Agbaou is forecast to make a meaningful contribution to our free cashflow in 2014 and beyond," Woodyer added.

Endeavour will have a 85%-interest in the mining entity established to develop the Agbaou project, with the remaining 15% being held by the Government of Côte d’Ivoire.

The mine is reported to have a measured and indicated resource of 1.157 million ounces, comprised of 14.970 million tonnes at 2.43 g/t.

Agbaou mine is said to possess proven and probable reserves of 0.905 million ounces comprised of 11.075 million tonnes at 2.54 g/t.