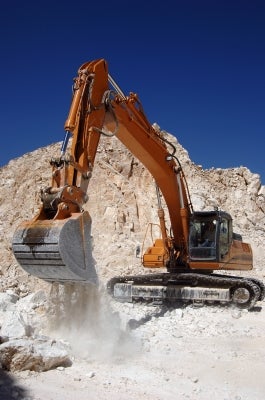 According to the terms of the deal, Middle Island will make a cash payment of $1.25m and a fixed net smelter return royalty of 1.2% on gold sold from the mine to SEMAFO.

The agreement is subject to several conditions including regulatory approvals.

SEMAFO currently operates three gold mines: Mana mine in Burkina Faso, Samira Hill mine in Niger and the Kiniero mine in Guinea.

Under the agreement, Exterra would mine, sample and haul ore from the Second Fortune mine in Western Australia, and would pay a fixed fee for every dry tonne for the treatment of the ore at Saracen’s Carosue Dam processing plant.

The Carosue Dam plant is located approximately 90km from the Second Fortune site.

Saracen would in turn pay Exterra for the recoverable metal, based on an agreed grade.

Firesteel Resources has entered into a definitive agreement with Prosper Gold to acquire around 80% interest in the 6,829ha alkalic porphyry copper-gold Sheslay Property in north-west British Columbia.

"According to the terms of the deal, Middle Island will make a cash payment of $1.25m and a fixed net smelter return royalty of 1.2% on gold sold from the mine to SEMAFO."

According to the terms of the deal, Prosper has been appointed as the operator of the property and has the exclusive responsibility of administering and carrying out the exploration programmes.

Under the terms of the deal, Sona Resources will acquire 100% interest in Mineral Creek Gold Property.

It is located on Vancouver Island, British Columbia, approximately 10km east of the town of Port Alberni.

Initially, Sona Resources will complete 5,000m of diamond core drilling at Mineral Creek site on or before the fourth anniversary of the effective date.

On or before the sixth anniversary of the effective date, the company will have to finish another 5,000m of diamond core drilling at the site.

According to the terms of the agreement, Teck will own a 75% stake in Schaft Creek, while Copper Fox will hold the remaining stake in the copper-gold exploration property, which is located 80km south of Telegraph Creek in north-west British Columbia.

Initially, Teck will make a payment of $20m to Copper Fox and an additional $20m will be paid following a decision to bring the property into production.

Teck has also agreed to pay an extra $20m upon the completion of mine construction, on top of funding the first $60m of costs of the joint venture before the commencement of production.