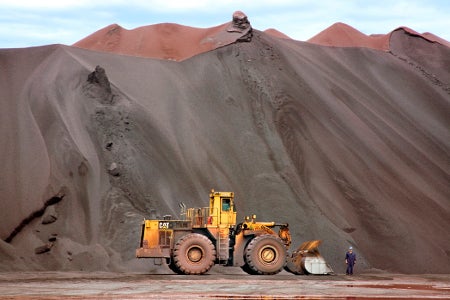 US-based Cliffs Natural Resources has reported a 11% decline in revenues for 2012 due to a fall in commodity prices.

The company earned revenues of $5.9bn in 2012, decreasing $691m compared to the previous year.

Cliffs chairman, president and CEO Joseph Carrabba noted that 2012 was a challenging year in terms of both operations and market, despite the turnaround of North American Coal and record sales volumes in Australia.

"Unfortunately, our ramp-up of Bloom Lake Mine has been slower than originally anticipated, resulting in decreased volumes and increased costs," Carrabba said.

Carrabba said that the company would still continue to proceed with the mine’s production stability, development, and tailings management.

"We believe this will ensure a smooth transition for Bloom Lake’s Phase II production startup next year.

"Bloom Lake is on track to achieve an annual production run rate of 14 million tons by 2015, which accounts for more than a quarter of Cliffs’ current total iron ore volume," said Carrabba.

Looking ahead to 2013, the company forecasts strong markets driven by continued demand for iron ore in China.

But while the recent iron ore spot price reached $159 per ton, a new 12-month high, the company expects pricing for the commodities it sells to remain volatile.